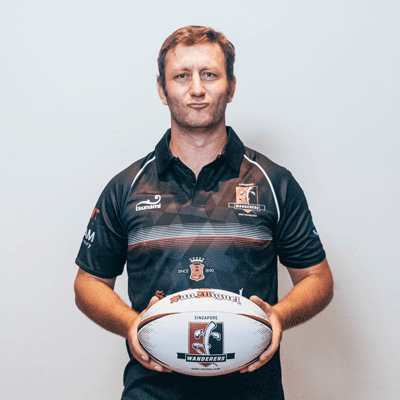 A perculiar tale of a Rhino in South East Asia

A bedtime story about a Rhino that went for a Wander

Born and raised in Rhodesia (at the time), a young calf entered the world very different to the world we live in today. Hardship and tough conditions brought the young calf a thick and tough hide which would become very useful for his rugby adventures that would follow. Growing up he would play rugby and cricket using different shapes of rock, bundles of Zimbabwean Dollars, or any other useless discarded things.

Upon reaching the age of 7 he began working a paper round in order to earn a few dollars, but this was no ordinary paper round. Regularly chased by Bush Dogs, Hippopotamus, and Elephants freely roaming around towns. He would return home after each route, with scratches, cuts and half of his bike in the intestines of a crocodile if he went too close to the Zambesi. Bravely the young calf would persevere, each day going back out there to deliver Zimbabwe’s finest and most respected newspaper, The Herald. He would continue working hard on his paper round and eventually those Zimbabwe Dollars would eventually weigh enough that when he could fill a sack with them and use it as a weapon in order to steal some useful currency.

Unfortunately, the currency he stole turned out to be Rand. Stuck with another pile of cash, the now adolescent Rhino went south to Stellenbosch. He found work in a vineyard picking grapes and then stomping on them, and in his spare time went to the Rugby Academy.  The tough hide that the Rhino had developed as a calf held him in good stead. Up against Afrikaners lifted straight out of Highveld, he would have to front up and take some hefty punishment, but this only made his hide tougher. The head of the Academy was however a mean drunk, often taking the young up and coming players to bars, in which he would start a fight with patrons then get the Academy boys run in and do the fighting in his stead.

Upon graduating from the Academy, the now fully mature White Rhino had a glorious hide and a majestic horn, in full flow it was a majestic beast to behold. It was now time for the Rhino to search out new pastures and grazing grounds, so it was tranquilised and put into a cargo freight heading direct to Frankfurt. Now many of you will think “what is a fully-grown White Rhino doing in the heartlands of Germany?” Well as it turns out, Frankfurt has plenty of wild shrubs for the Rhino to graze, and also plenty of rugby in order to keep it entertained. The Rhino was most content snaffling down schnitzel and steins, then turning out for SC 1880 Frankfurt Rugby Club. The Rhino spent 3 years in Germany before getting the itch to adventure further away from its natural habitat, and upon seeing a documentary of the urban sprawl of Singapore, he was once again tranquilised and put in a cargo freight destined for Singapore.

Upon landing in Singapore with little more than a strong horn and thick hide, the highly sociable Rhino used his stories of his home continent and travels to make many friends especially with the club. Playing hard and ferociously the Rhino won many trophies and also earned a few trips to Bush Vet in order to fix up his ouchies, on one occasion the Rhino even performed light plastic surgery on himself using a glue gun. This year the Rhino has taken up a coaching role for the Gents, bringing his renowned passion into every session and match. If you are lucky enough to go on a game safari at the Muddy Penny Cup you might be able to see the White Rhino drape a Wanderers shirt on his back, cover his hooves with pink boots, and trot around with other noble beasts before they visit the watering hole.