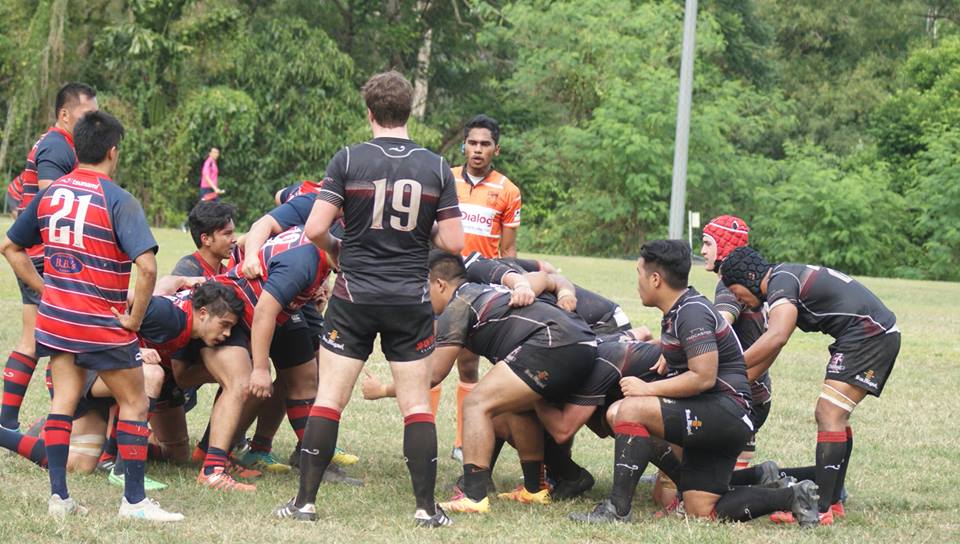 Weather Conditions: Sweltering and dusty as a camel’s undercarriage

In a game that would go a long way to deciding the league position of the Gents come the end of season playoffs, the lads couldn’t have got off to a better start. After a high, hanging, kick off by our resident fromage muncher Coco, the bouncing ball was re-gathered by up and coming Kiwi Brook. Potentially one for the record books, as he barrelled over for the game’s first try after 36 seconds: 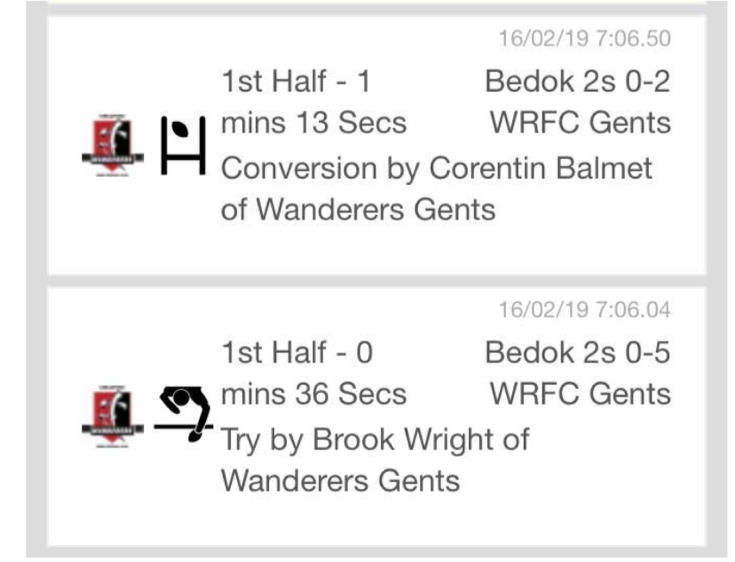 The Gents continued to apply pressure, capitalising on Bedok mistakes at the set piece to allow Kennith Klopper the opportunity for a trundle. He duly obliged and grabbed the second try of the day during the seventh minute of play. Once again, our resident champagne guzzler Coco slotted the easy conversion (more on that later).

The remaining thirty-three minutes of the first half carried on in much the same manner, although the tries were less readily forthcoming. At the eighteen minute mark the human cube, AKA Owyong, was able to commandeer a dominant Gents maul as it mercilessly advanced on the hapless Bedok try line. 5 metres short of the line, Quadziller decided he’d had enough and split from his comrades to barge over at short range.

Unfortunately, the Gents play started to fracture during the 2nd quarter, an ominous sign of what was to come perhaps. However, there was time for one last try of the half, as big Chris Anderson crashed over on his debut, a fine reward for 40 minutes of the Philippines’ finest boshing. Our resident snail slurping Frenchman added the extras.

It may be the most common of sporting clichés, but it truly was a game of two halves.

The swing in momentum couldn’t have been more obvious, with Bedok coming out for the second 40 a team renewed. Where once Wanderers powered beyond the advantage line, now Bedok picked up extra metres with every wriggling run. The Gents were on the back foot and couldn’t wrestle back control of the ball. The pressure told and Bedok broke away to score their first try of the day, cue the exaltations from the previously bedraggled Bedok bench.

The second half went from bad to worse for The Gents, with the seemingly inexorable tide of momentum shifting further and further from their favour. Two more tries were scored in quick succession and now it was The Gents’ turn to sweat. Desperate times for a team who so recently were dreaming of an easy bonus point win.

Entering a frantic last quarter, the mental and physical strain began to tell on The Gents, with tackles being missed and mistakes becoming more frequent. Finally, the seemingly inevitable happened, Bedok scored the fourth try, equalling The Gents’ score: 26-26…..or so we thought.

After some mild-mannered and respectful discourse with the assistant referee, the referee himself and the official touchline score keeper, it was proclaimed that the score was 24-26…..in Bedok’s favour!

With 5 minutes to play, The Gent’s fought for what would surely be the winning score, with Wrinklies, Rovers and Gents extraordinaire Jason How coming agonisingly close in the corner, denied only by a last-ditch tackle.

With time running out and Bedok instructed to let the clock run down, there was nothing The Gents could do to grab the last vital score of the game. The game ended as the Bedok 9 stole the ball from his opposite man and booted it into touch.

The Gents were understandably despondent, whilst Bedok cheers rang about the old Grandstand. As the players regrouped and reflected on a difficult afternoon, a few bright lights shone through the malaise, namely a pair of outstanding debuts for latest recruit Chris and fresh-faced Cornelius, who made his first senior appearance having progressed through the junior ranks. Special mentions should also go to Champagne Ambassador and “Club’s Favourite Frenchman” nominee Clement Gardillou and recent arrival Dan Scriven who had a solid game at fullback.

There was to be one final twist in this Shakespearean-esque tragedy. After detailed video analysis by Zimbabwe’s chief bureaucratic agent, the SRU were given no choice but to accept the true result of the game, 26-26. 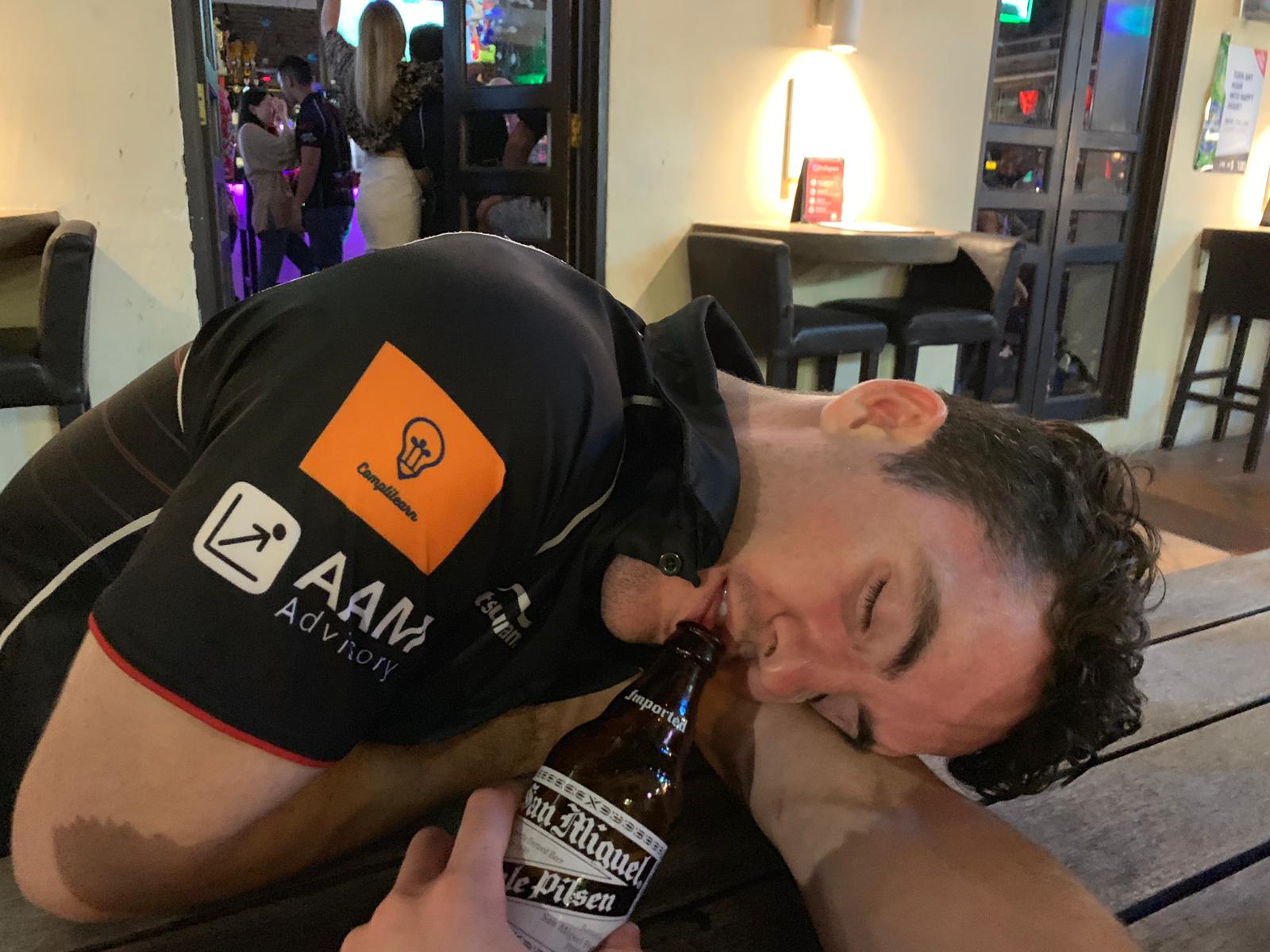