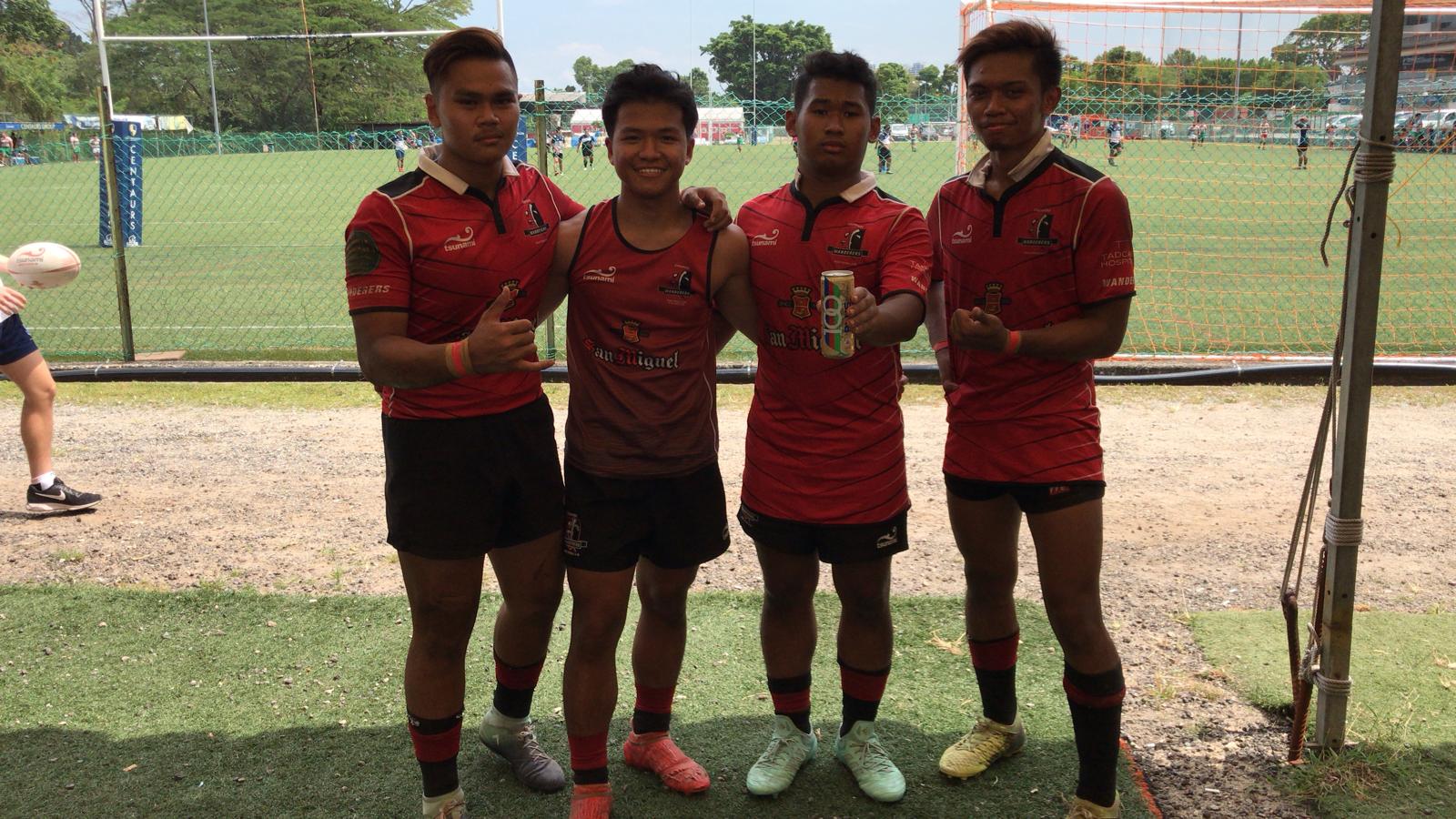 Rovers in great position with 69 against Blacks

I scored my first try for the Wanderers so it makes sense to be picked to write the match report.

The importance of this game was twofold: on one hand, this was our chance to show that the 12 – 22 defeat against Blacks in December was a mistake  (fyi – the “STRICTLY NO KICKING” rule was born that day), and on the other hand we had to get the bonus point if we wanted any chance of finishing Top 2 in the league.

In the build-up to the game we heard from Gully that Blacks had withdrawn from the Main League so there was a chance that some of their 1st XV players would make an appearance in their 2nd team. But that did not bother our coach Robbo who prepared a very good training session where we practiced the “Close the Gate” strategy to stop Blacks from moving the ball to their wingers – who did a lot of damage in the previous game against us.

On Saturday, during warm-up, we could see that Rovers meant business when at Blacks’ request for uncontested scrums, Robbo just said: “Sure, I don’t care! Won’t make a difference!”.

Regarding the game itself, I will not bother you with the sequence of events since there were just too many tries (34-0 by half time) but I am convinced that this was a result of a strong start like we did against the Bucks (52-0 win for the Rovers), i.e. fully switched on and hitting as hard as we could the first 10 minutes to put the other team on their back foot.

And this was mostly the tone for the rest of the game with the exception of the beginning of the 2nd half where we lost focus for a moment allowing for Blacks’ only try. Having said that, I would like to highlight a few players and apologies beforehand if I miss anyone in particular:

Juan – even though he (i) enrolled last minute (ii) did not have any Wanderers socks (not sure what he has been wearing for the Wrinklies) (iii) had some Touch Rugby engagements and (iv) had to postpone his couch / AC cleaning, made an appearance as #15 bringing a lot of flair to the game and a sense of security when the other team kicks behind our lines.

Jason – a huge thank you since he had a game with the Gents afterwards but still played a good 30m for us. He and Juan bring a lot of speed to our back line which makes a huge difference and fits perfectly to Robbo’s strategy of hitting the line a couple of times with the Pods and then swing the ball to the wing.

HP – did exactly what Robbo asked him to do to, i.e. “shut down the gate” to the astonishment of Blacks who could not understand what was happening. Still recovering from a hit to the ribs but wouldn’t miss this game for anything.

Irfan – some players like to run away from the opposition but not him. He will run straight and seems to take a machiavelic pleasure when he flips players into their backs. Did a Fijian back pass to Ficky that could have cost him dearly but worked as a charm.

Ficky – a constant nightmare to Blacks’ #9 & #10 who never knew if he was going to pass the ball or have a go at them. The main responsible for Irfan’s not drinking from the boot post-game by catching that pass.

Francisco – the trip to Chile had its negative impact (too much Chilean wine and empanadas meant several gained pounds) but we can slowly see his previous form coming back with several break-through runs and a couple of tries to go along.

Adib – the first time I saw him play for the Rovers I could not believe my eyes. This smiley seemingly harmless lad gets possessed when he gets the ball in his hand and is almost unstoppable if the opponents give him room to run.

Shafiq – so good to have him back since he brings a lot of experience and a command voice to the team.

Tommy – with Robbo on the pitch made sure that the rolling subs kept going such that we would not lose momentum.

A final note to mention that it was great to see so many Vets in the Rovers (I counted 9: Scott, Francisco, Fender, HP, Juan, Jason, Tommy, Robbo, myself). Together with a few that are playing with the Gents/Prems (e.g. Lorenz, Dave, Rhinno, Gully) means that we will have a heck of a Wrinklies team!

All the best,
Tiago (probably the only Portuguese Rugby player in SG) 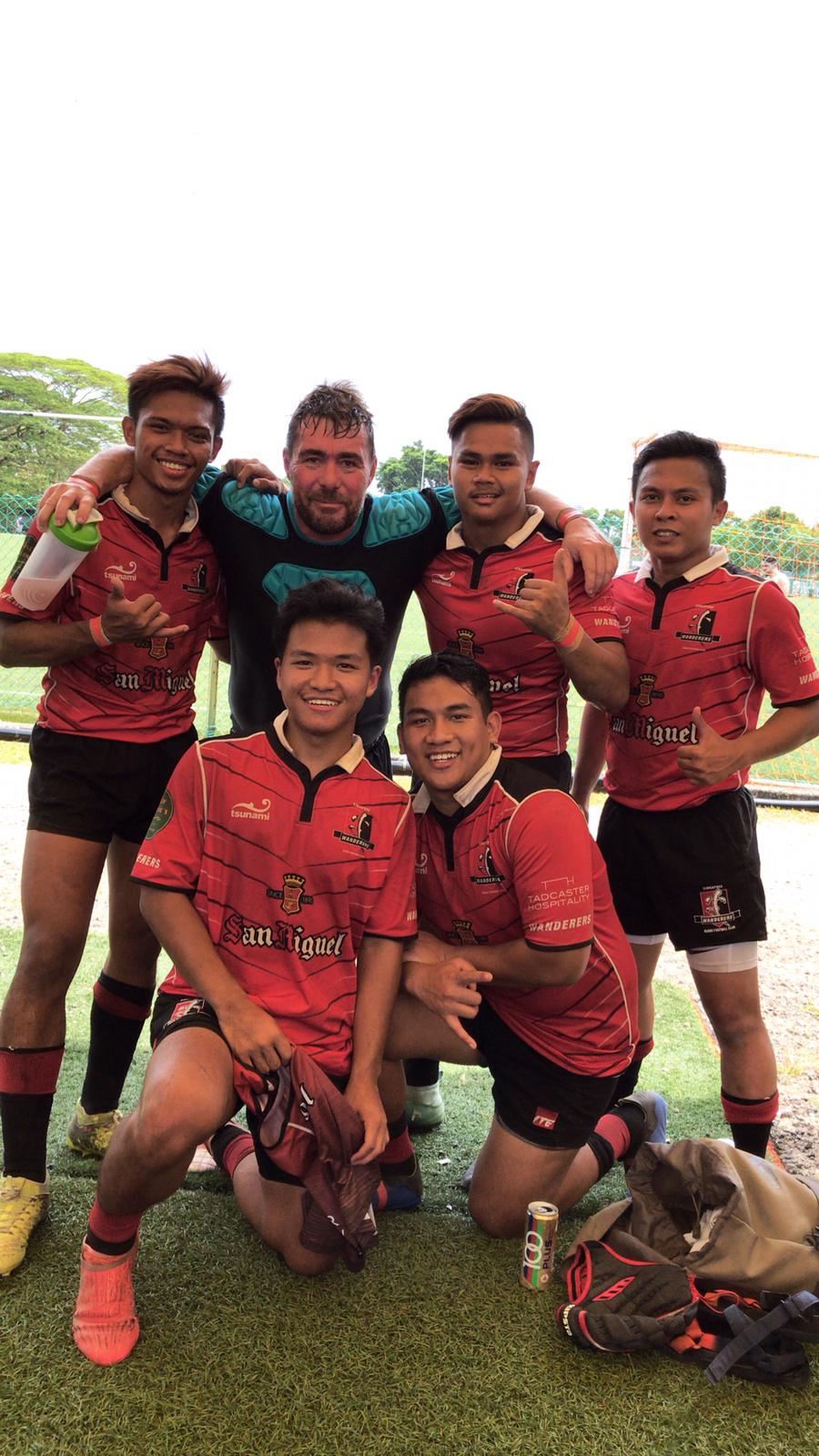