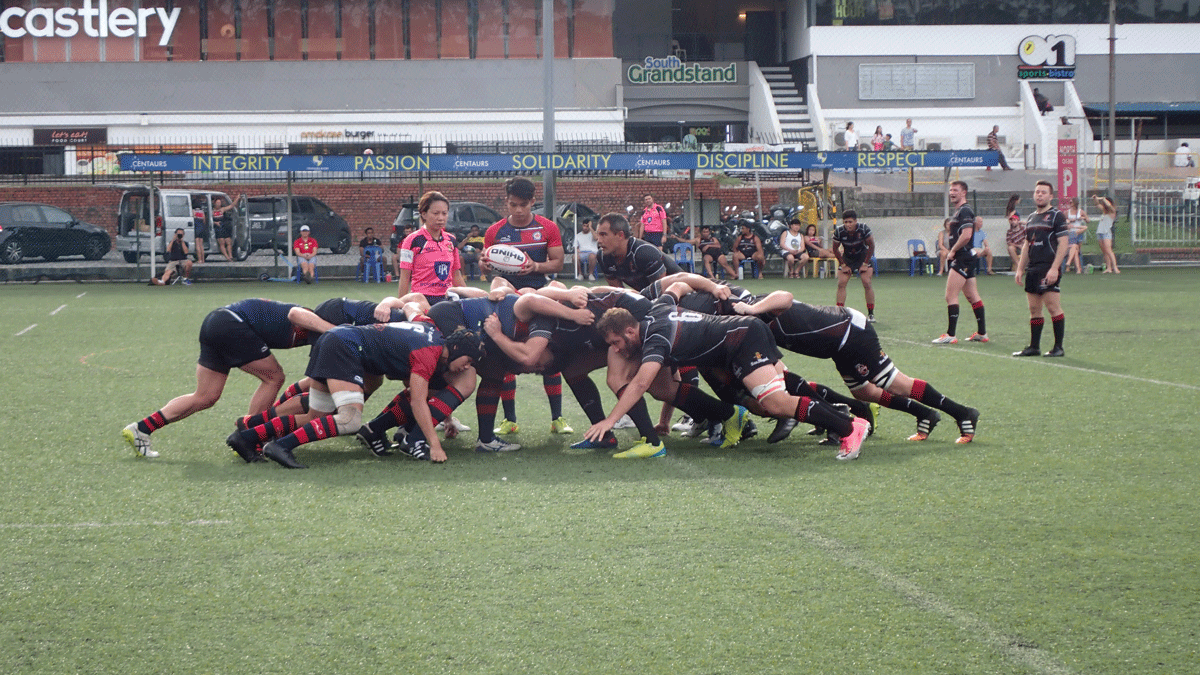 Explosive start from the Wanderers sent Bedok to a 29-15 defeat and keeps them top of the Singapore Premiership league.

On a scorching hot day for rugby at Turf City, the Wanderers Prems continued their unbeaten start to the season. Wanderers started the game with 3 forced changes from the previous outing against Bucks. After losing Robbie MacGregor to a season ending ankle fracture, head coach Frazer was again forced to reshuffle his midfield, with regular started Jamie Harris paired with 7’s wonderkid Nash Mahoney. In the pack there were two changes, with Reiner Leong making his 2nd start in the row alongside Afeeq as Fathur Raman was forced to pull out last minute because his wife had gone into labour. And rugged veteran Matt ‘Rhino’ Roberts coming into the back row for injured Bruce Ashton, to add some grit, dynamism and 10 minute speech’s to the team.

Wanderers started well, quickly earning a penalty from the scrum which put us down in Bedok’s 22. After some good phases from the forwards, strong carrying from Matt Humphreys and a good offload down the line led to Jonny Wong and Mike Patterson coming close to scoring in the corner. From the resulting 5m scrum, the Wanderers pack shoved Bedok over the line enabling Murray Campbell to belly flop over the line for a score, Patterson slotting the extras from a wide angle.

Keeping the pressure on Bedok, Wanderers forwards were making good inroads into the Bedok half, and after more solid phases the Prems earned a another penalty, kicking into the corner to earn a lineout 10m out. From the catch and drive, Reiner going over for his first try for the club, Patty missing the extras. The 3rd try was the pick of the bunch, quick thinking from the lineout by the crafty Humphreys catching Bedok off guard by throwing a ‘check out’ lineout to David Gull at the front of the line. Gull stormed forward and drew in the scrum half guarding the channel and then deftly offloaded out the back to Humphreys, who cut back inside and powered his way over the line, powering through tacklers like a rampaging bull. Patterson slotting the extras to make it 19-0.

Bedok came back at Wanderers as the half wore on, however great defence notably from Nash and Rhino and some great work at the breakdown from Robbie “like Yeehaa with an R” Riha stopped Bedok adding any points. There was one final foray for the Wanderers in the first half however, with powerful carries by the forwards bringing them up to the Bedok 5m line, then hands out wide from Tommy “bogan” Ingram putting Tom Clarke over in the corner to continue his fine scoring streak. Patty horrendously shanking the kick wide. However there was time for a negative before half time, as Afeeq was harshly yellow carded for a dangerous tackle. 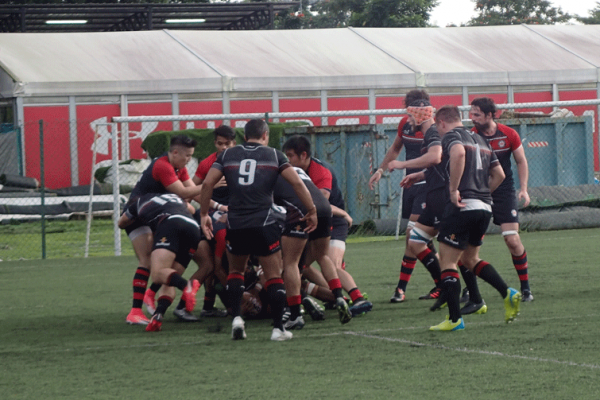 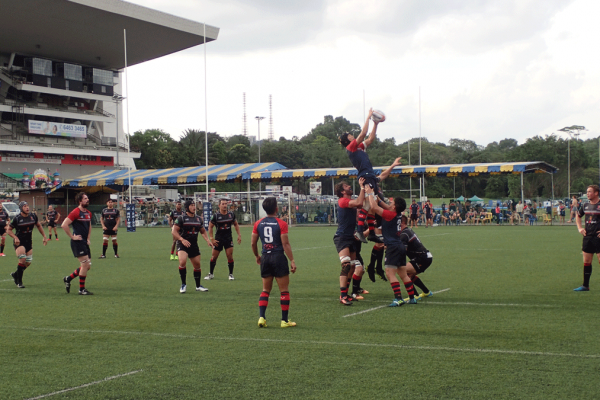 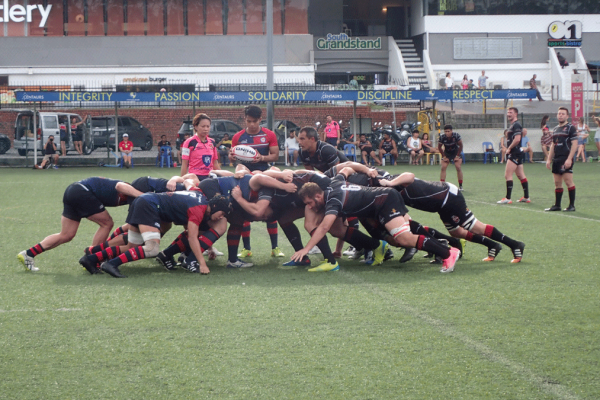 The second half started well for the Wanderers, good defence again notably from Robbie and Reiner putting Wanderers on the front foot. After an electric run from prop Gull, Wanderers gained a foothold in the Bedok 22, and quick hands down the line set up Matt Humphreys with a 4 on 2. Matt ignoring the cries from the winger outside him to barge his way over the line for his second score.

However the rest of the half was a frustrating affair, Wanderers misfiring and letting Bedok get back into the game, firstly giving them an easy penalty in front of the posts, then gifting them a try under the posts, Muzza also taking a head wound in the process. This was compounded by having 2 players in the sin bin, firstly Colin Murray getting a yellow for high tackle, the Patterson getting a ‘team’ yellow for repeat infringements. Because of this Wanderers never really got going in the 2nd half, and even when Colin re entered the fray, we then lost albino 2nd row Conor Brennan to the bin for attempting to fight everyone. Frustratingly this meant for the 3rd game running Wanderers ended the game conceding a try in the last minute, Bedok going over under the posts after their winger had cut back and broken some weak tackling. Their kicker adding the extras to mean the game finished 29-17 to Wanderers.

SCC on the Padang next week for the Wanderers, with some hard work needed in training from the team to improve our finishes in games.

Man of the Match – Robbie Riha