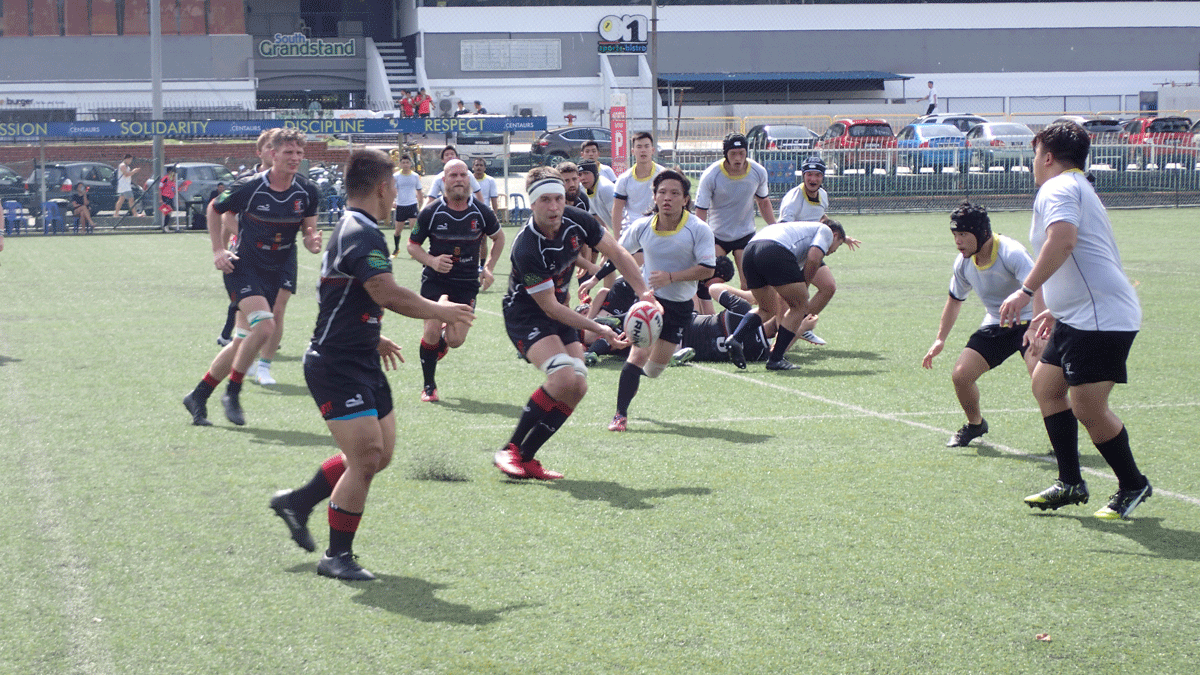 Gents down Blacks at Turf City

On a sweltering Saturday wanderers assembled at Turf city, with all three teams playing back to back and the extended Wanderers family getting loose with the San Migs and Prosecco on the sidelines.

Gents were determined not to switch off and let what should be a winnable game slip away from them and maintain the pressure at the top of the table. With Owyong starting at Hooker, Fender coming into the engine room and new recruit Henri starting at openside, additional focus in the warm up was on the lineout, making sure we would be able to secure a solid attacking platform.

Gents kicked off and made a good effort to secure field position and territory, with Sassys boot helping to pin back Blacks into their own half. It was obvious that Blacks were keen to play a fast and loose game, looking to offload the ball at any opportunity and pressuring the Gents defense with chips over the defensive line.
Tom and Paul were combining well in the wanderers midfield and creating space for the outside backs to run in to. Martin was able to exploit an outside shoulder and use his pace to slide in in the corner for the opening score. Sassys conversion went just wide of the left upright but Gents were on the board 5-0.

The scrum was working well with a Wanderers scrum on halfway surging through and splintering Blacks rightfully getting rewarded with a penalty. Sassy kicked to just inside the 22 and the forwards looked to set the next platform. Laurence gathered the ball and brought it down for a maul. Blacks had obviously prepared tactically for this and chose not to compete but with the ball kept and the front and a single blacks player joining the maul Gents were then able to start to rumble and made good yardage before being slowed and shifting the drive to surge over the line, Owyong touching down under a crowd of bodies. This time the conversion was good and the scoreboard ticked over to 12-0.

Things were not all going the Gents way and Blacks quick interplay and speed of defense was causing issues and asking questions of our scatter defense. However the work rate to get back into the line was exceptional and Blacks were held out.

Ironically the next try came from a moment of Blacks pressure but the loose offload bounced awkwardly and Martin was able to gather and streak away to score next to the posts with Sassy adding the extras. 19-0.

Paul was the next to score, the backs exploiting a big overlap on the left hand side to put him through to tie up the bonus point before half time. Despite continuing to press Wanderers could not break the line again and the half finished 26-0. 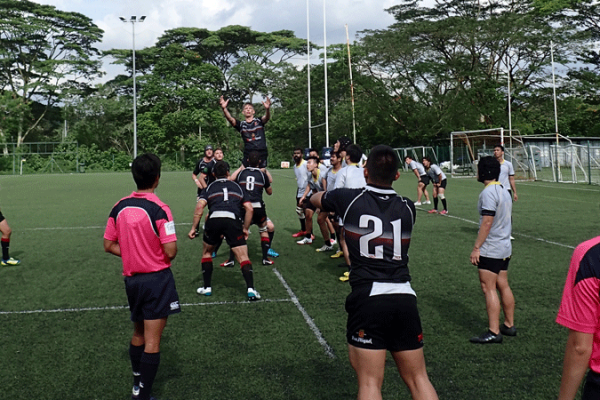 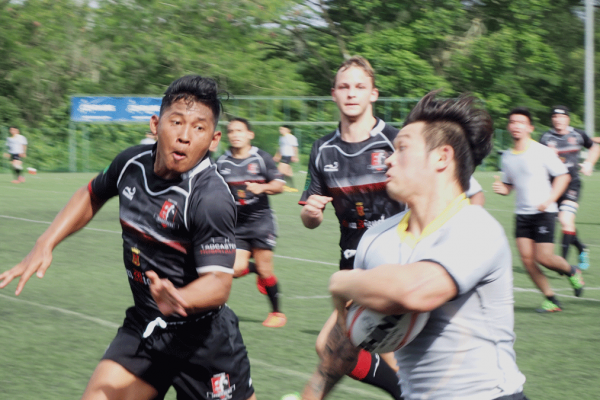 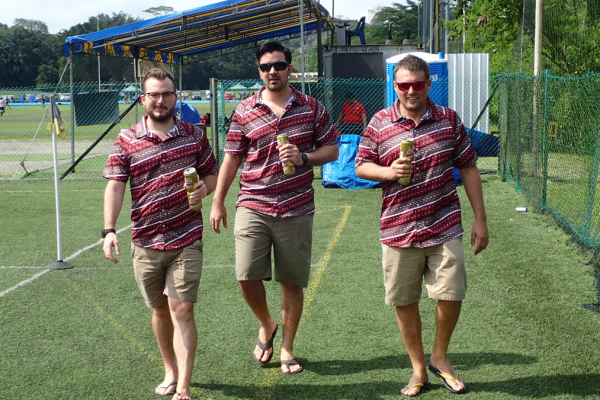 At the turnaround Seds and Connor spoke of the need to play with discipline and structure, when gents kept hold of the ball and went through our phases holes were opening up all over the pitch to be exploited. Keeping a cool head (not easy in such hot conditions) was key as we couldn’t afford to give away easy metres through penalties.
The game restarted and Gents continued to harass Blacks at the set piece, Lorenz and Connor getting up in the face of the opposition jumpers and refusing to give clean ball. A rushed pass from such a loose lineout provided the next opportunity as the ball went to ground and Owyong and then Laurence where able to put boot to ball and get to within 5 metres. The wanderers pack surged forwards and Fender sniffed an opportunity picking and going blind to dot down in the corner. The kick went wide but the half had started well, 33-0.

Blacks seemed to kick into life and Gents found themselves on the wrong side of the referees whistle, allowing blacks to make territory and a sequence of quick taps took them deep within the Gents 22m. With the ball fizzing from right to left eventually a gap was found and the Wanderers line was broken with the added conversion making it 33-7.

The sweltering heat and Prems game up next meant Seds started to ring the changes, with Connor and Rob coming off, Kris taking over captains duties. Shortly after a change of half backs saw the Frenchies take control. Blacks however, spurred on by their try continued to pressurise, and got hands to a clearance kick and despite good effort to tidy up the line was again punctured, 33-12.

It was then gents turn to respond, gathering the ball from the restart and securing a quick platform the play from. Strong running from Oly and Hassif on the wings took us up to within the Blacks 22m and Lorenz pounced from the back of a ruck exploiting the lack of guards to dot down. 38-12.

Blacks got another score (this reporter can’t remember the details of this one) but Wanderers had the final word, with a knock on by Blacks at the line out earning Gents a scrum, which Laurence took from the base, heading infield before passing to Coco who stepped his way through to slide in under the posts. Conversion added and the score 45-17. This was the last of the scoring and wanderers were glad of the final whistle and an excuse to get into the shade (and on the San Migs).

A job well done, with the 5 points secured, and good celebrations going on till late, with the clubs ever growing French contingent leading the bus back to the CBD in a stunning rendition of ‘la Marseillaise’