Following on from a huge squad performance against Wanderers Prems prior to the Christmas break, the Wanderers Gents were raring to go against a full-strength Bucks 1st XV.

Straight from the kick off Bucks showed their intentions of playing an expansive running game, attacking wide and gaining early yards fortunately Muhammad ‘The Lizard’ Aidill and Rauf ‘Dunhill’ Raihan were both up to the task of snuffing out the wide attacks.  After several phases of pressure from Bucks, the Gents were awarded the first scrum of the game.  The Gents pack duly delivered a massive shove, with the big Frenchman Clement ‘La bête’ Gardillou in his first game back from injury devouring the Bucks loose head as if he were a fine French Cheese.   Unfortunately, a misplaced clearance was collected by Bucks and eventually, after shifting wide were awarded a try in the corner despite the final pass being approximately 32 meters forward.

For the next 15 minutes much of the play was in the Gents favour with strong red and black runs from the Gents forwards.  A line out steal by George ‘Beavis’ Lyons, was followed up by a strong run from Kennith ‘no nickname’ Klopper.  The Gents spread the ball wide with Nic ‘thinks he’s a Brit but is definitely an Aussie’ Hurlson eventually going over the line.  Unfortunately, the try was subsequently disallowed due to a dubious ‘knock on’ call.  With Jamie ‘Welshman’ Hemmings and Beavis finally putting their pre-Christmas quarrels aside, the Gents pack pulled together and continued to dominate the scrums with Kris ‘crossfit’ Kowalluk showing his new lean figure hasn’t reduced his scrummaging power.  The immense scrummage highlighting that Wanderers club undoubtedly has two of the best packs in the Singapore league.

The next 20 minutes that followed were a typical rugby arm wrestle with both teams making and breaking yards in the middle of the field.  Mu’az a.k.a the Cannonball made several great breaks in the midfield running over the Bucks backrow like a runaway train.  Despite losing ‘La bête’ to a yellow card for offside, the Gents left the field at half time only 8 points down.

After a hard-fought battle, with 14 men, Bucks were awarded a penalty try.  Despite Matt ‘The Special One’ Rhino quoting Regulation 17 Law No. 10.4(m) Bucks went up 15-0.  Back to full strength the Gents starting poking holes in the Bucks defence with Martin ‘Scottswegian’ Cartwright and the Fake Brit making several great breaks.  A tireless work rate from Dan ‘the highschooler’ Teare, Rob ‘Lekka’ Triegaard and Farij ‘the workhorse’ Samsudi, might not make the highlight real, but did not go unnoticed as they slowly wore down the Bucks attack with huge tackles and strong runs, all 3 showing man of the match standard performances.  Despite the efforts Bucks attack eventually lead to a try in the corner making the score 20-0.

As the rain started to come in, and the impact subs were brought on, the Gents refused to give up.  And after pilling on the pressure ‘Beavis’ went over in the corner in the last play of the game making the score 20-5.  Despite the final score the game could have gone either way and the Gents showed that a little more polish in their game will undoubtedly lead them to hammering the rest of the teams in the league.

Finally, a big shout out to Mike Patterson who stepped up, played out of position and had a solid game for the Gents, unfortunately receiving a serious injury.  We wish him all the best in his recovery. 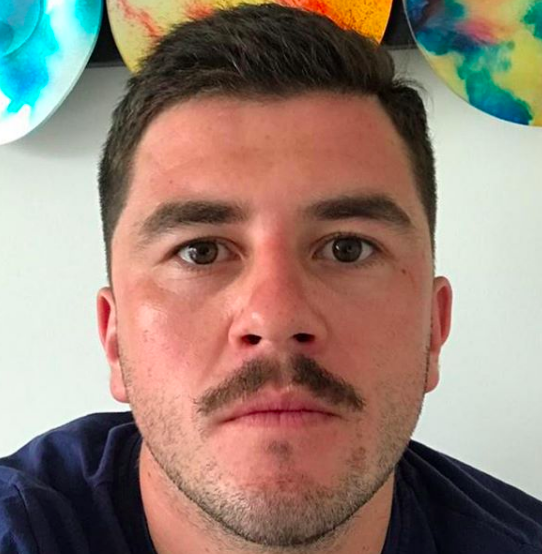