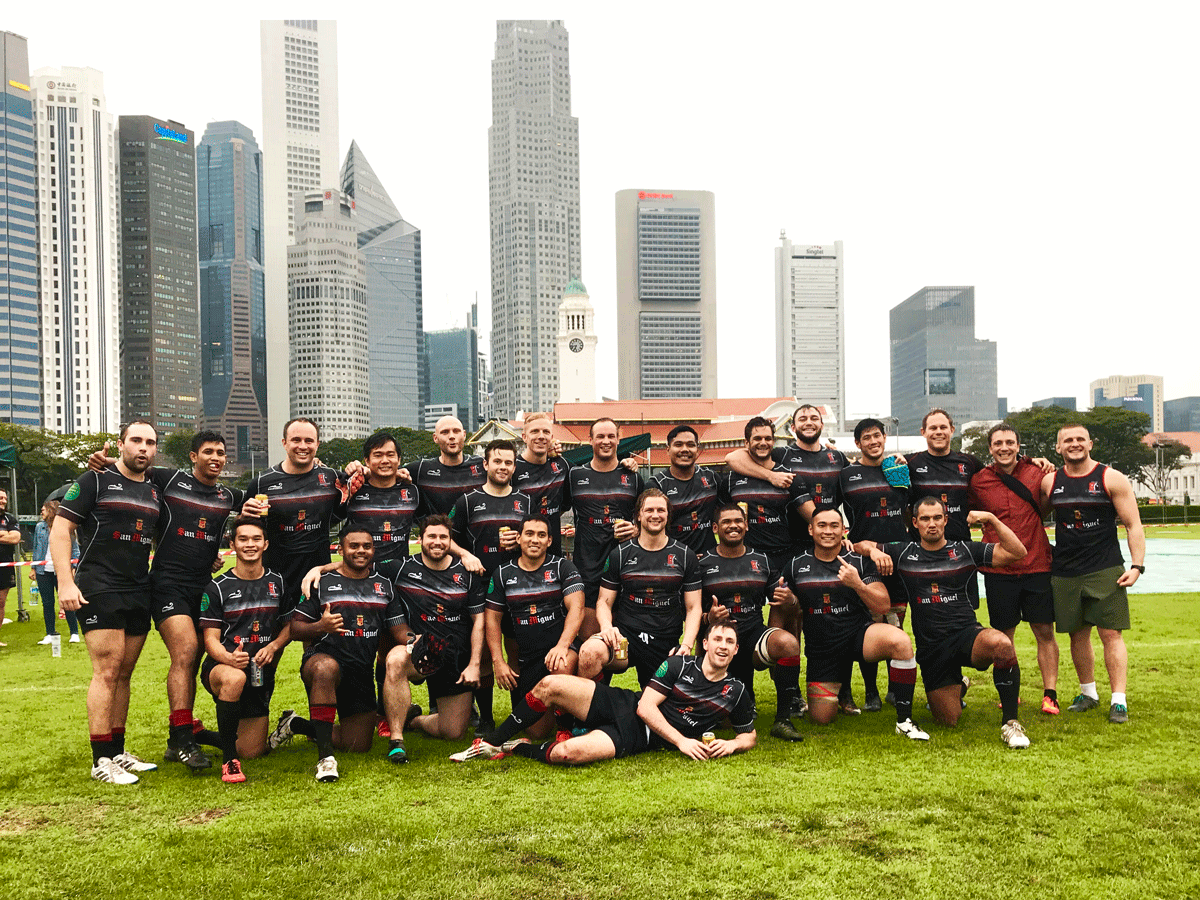 By singaporewanderersFebruary 10, 2018February 15th, 2018No Comments

On a sunny day at Turf City, the Prems went into their final league game against Bedok knowing any kind of win would seal their 6th straight league title.
Preparation for the game was mixed, with Head Coach Frazer forced into a raft of changes due to injury and external commitments, not helped by the 6 injuries inflicted on the Gents squad in the earlier game.
Afeeq Radzi ruled himself out for the season due to his new job at the start of the week. And with a lengthy injury list including influential back rowers Bruce Ashton, and Sebastian Murphy, new 2nd row Reiner Leong, scrum half Damien Hoo and long term absentee Robbie MacGregor, Wanderers had to call on their wider squad to step up.
Lorenz Kingbell was rewarded for his fine form for the Gents with his first appearance in the 23, and 2nd team stalwart and Club Captain Conor “Gingerballs” Brennan was making his first start for the Prems, with both looking to take the opportunity with both hands.

The game started with both sides not really getting any real phases together, with both teams kicking a lot to try and gain territory early on. However it was Wanderers that went ahead early, with 2 penalties slotted by mercurial kicker Kieran Sasiadek putting Wanders 6-0 up. A further penalty from the sturdy boot of Sassy put Wanderers 9-0 up, before Bedok came into the game with some sustained pressure. Poor linespeed and missed tackles from Wanderers and some determined controlled play from Bedok put them into the Wanderers 22, and after sustained pressure they worked their way to the Wanderers line only to be denied by a brave tackle from club veteran Rhino who put his body and face on the line. Unfortunately that was the end of his game, going off with a massive cut to his forehead to be replaced by Colin Murray.
Bedok did eventually score, their kicker missing the easy conversion but later slotting a penalty of their own.
Shortly after, Conor, who had been having a good game, especially at the set piece was unlucky to be forced off with a numb arm, with Lorenz coming on to make his debut. Wanderers did hit back with another penalty before half time, to make it 12-8 before the break.

After some harsh words from the coach and senior players at half time, Wanderers started the half with better momentum, hooker Matt Humphreys going over from outside the 22 after some nifty footwork and big hand offs (a score which put him top of the scorers chart), Sassy adding the extras with his trusty boot to make it 19-8. However Wanderers were hit with another injury blow shortly after, with scrum half Lance De Kock going off with busted ribs to be replaced by Charlie Chong at half back.

Bedok hit back and scored a 2nd try, again not converted, but not before they were very lucky to get away with a Red card when their full back took out Charlie in the air contesting a high ball and was only given a yellow card. They did however get a penalty in front of the posts shortly after to put the score at 19-16.
Wanderers and Bedok both then made a raft of changes, Wanderers bringing on old head David Gull in the front row, and Rama for Fathur in the back row to freshen up the pack.

The game then became scrappy for the final 30 mins, with neither side really stringy anything worthy of note together until the final 15 minutes. Firstly Lorenz was harshly given a yellow card for ‘use of feet in the ruck’ after a Bedok player had blatantly made no attempt to roll away. Then Wanderers, resorting to what Bedok head coach calls “cockroach rugby”, scored a great little try. Charlie spotting a gap at the back and chipping over and collecting to score under the posts, Sassy again adding the extras. There was still time for another score, Nash Mahoney – excellent in attack and defence all day – used nifty footwork to step back inside from Bedok’s rush defence to burst through and score under the posts again, Sassy adding the extras to finish the game 33-16 to Wanderers.

Overall a hard fought game, with Wanderers not really at the races at all. With a total of 9 injuries over 2 games as well, Head coach Frazer will be hoping everyone can recover for what will surely be a tightly contested semi final again against Bedok on the 24th.

Man of the Match – Nash Mahoney 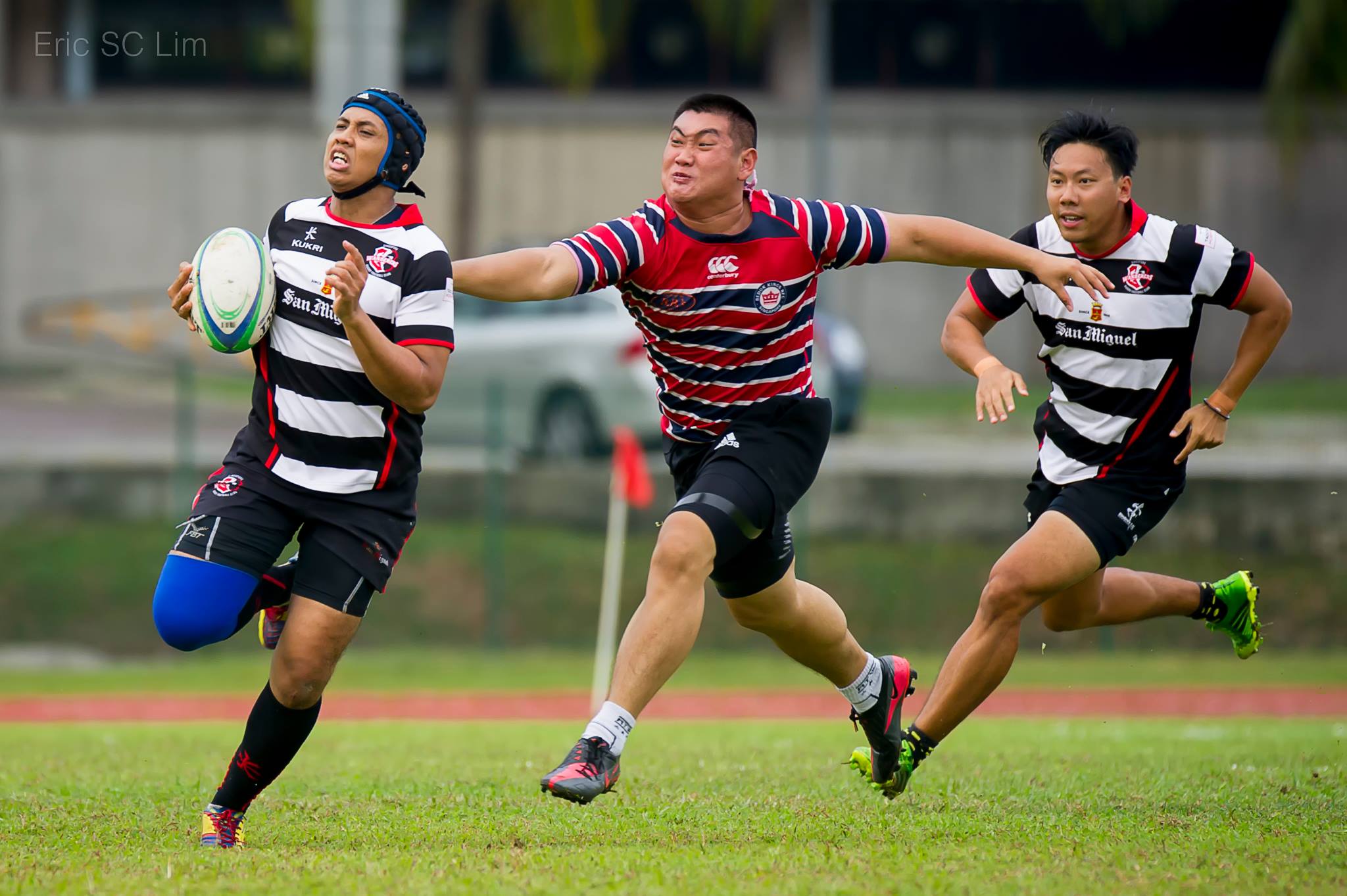