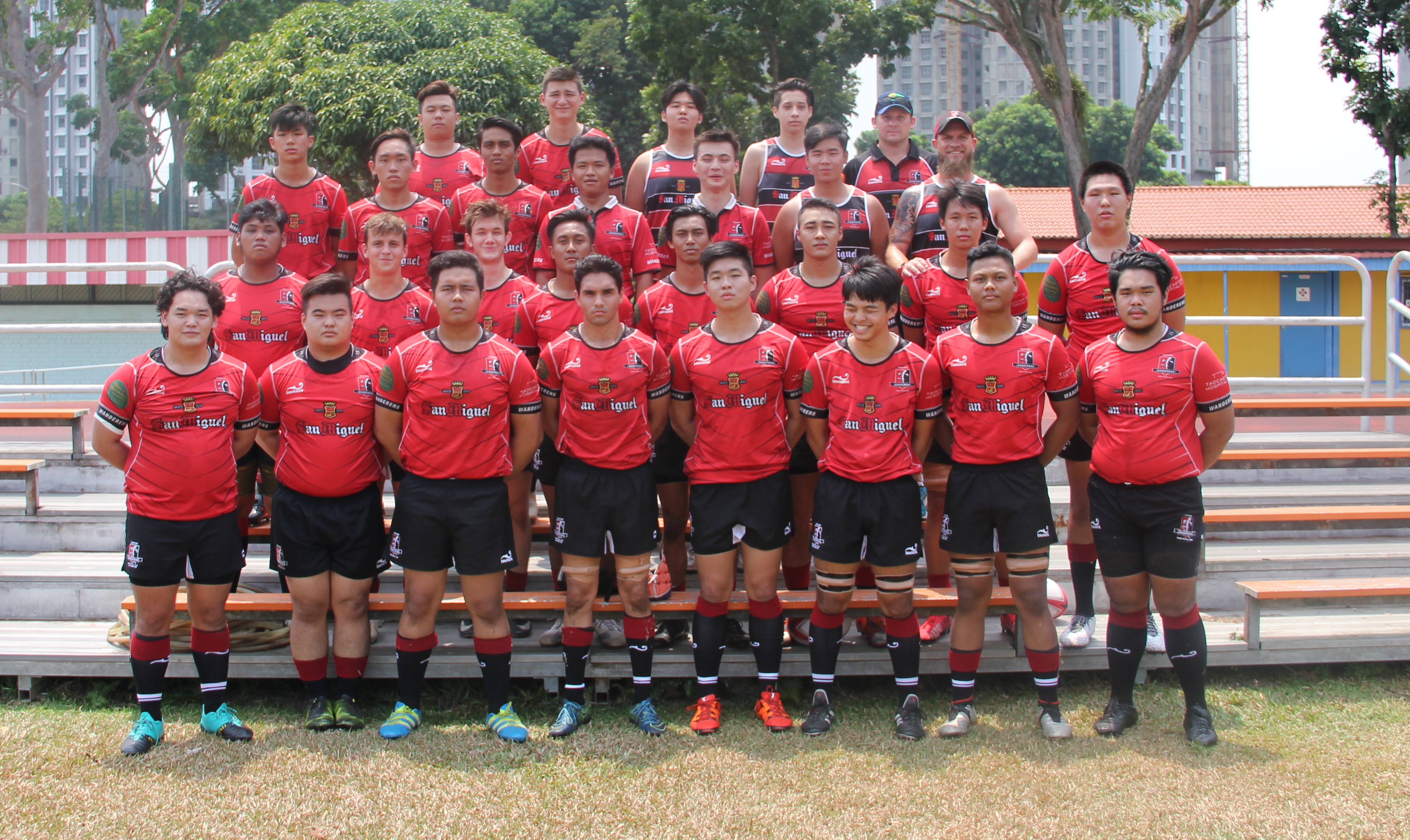 Saturday saw the opening round of the SRU U19 club competition, After 8 weeks of pre season it was time to take to the Queenstown pitch and get the season underway.

First up for us was Oldham, aka Anglo-Chinese School, last seasons unbeaten champions who were relentless with no team coming close to matching them. It was 8 years of experience against our Wanderers true club side, made up with young men from multiple schools and all walks of life with 8 weeks of experience together led by the pillar that is Cornelius.

Warm ups done, the boys took the field with a well earned air of quiet confidence that Oldham would not be getting a gentle walk in the park on the way to a 50 point win. And so it proved.
Luca kicked off for us and the boys pressured Oldham into a few early mistakes resulting in our line out on half way. A crisp line out with an arrow from Glenn to Cornelius saw the backs have a crack early with Arthur pulling the strings at 10 and Ian the wrecking ball next to him, an early penalty was won 30 out to the left of the posts. Luca stepped up to put the first points on the board for the boys. First blood Wanderers, Oldham beginning to realise they had a game on their hands.

As you would expect in a first game of the season there were errors on both sides, with neither team able to generate multiple phase play. Midway through the first half Oldham started to get on top of the loose play and after some sustained pressure following an attacking line out they went over close to the posts. It was a well deserved converted try which, added to an earlier penalty, gave them a 10-3 lead which they held until half time.

The second half started and a rapid pace, set by us, forwards and back combining regularly to break through the Oldham defence, but the last pass kept going to ground and we couldn’t quite find that killer pass to get the points our possession deserved. The flow of the match changed as Oldham wrestled control back and a slight break in concentration saw them pounce on a mistake and went under the posts, it was a cruel blow but credit to them for taking their opportunity.

On the sideline watching as a coach it was clearly going to be Make or Break for our boys. Could we wrestle control back from an increasingly confident Oldham? Absolutely, a few substitutions to get some fresh legs on and we were starting to win back the 50-50 battles and it was our Forwards turn to take control. Several good pick and goes from the base of the ruck finally found some easy yards and after multiple phases inches from the whitewash Zuul went over. Luca converted and suddenly at 10-17 with 15 to go, our tails up we were back in the game.

Chaos followed, Oldham resorted to niggly off the ball play trying to rattle our cages, which resulted in a yellow card for their winger, another soon followed for a high tackle and it was 15 vs 13. Kickable penalties came and went, as the boys pushed for a try with the numerical advantage. Once again that final pass didn’t quite stick.

A high tackle from Lockie reduced the numerical advantage to 14-13. Oldham finally escaped from their half and were awarded a penalty 45 out. A lovely kick from their fella eased their nerves and made the score 20-10. The game was done, and an extremely relieved Oldham kicked the ball out as soon as they could.

So ultimately a loss by 10, but a great sense of pride felt by the coaches and i hope the players. But for a few mistakes at key times the game was ours for the taking. But there were also plenty of times when the boys old have folded, but each time they dug in deep and wrestled themselves back into contention. With the guts, heart and ability shown on the pitch the first Win won’t be far away. It starts with Bucks on Thursday night UWC Dover 7.30pm.

Man of the match Webster, showed himself that not only did he stay on the pitch for 70 minutes, but he led from the front for 70 mins. 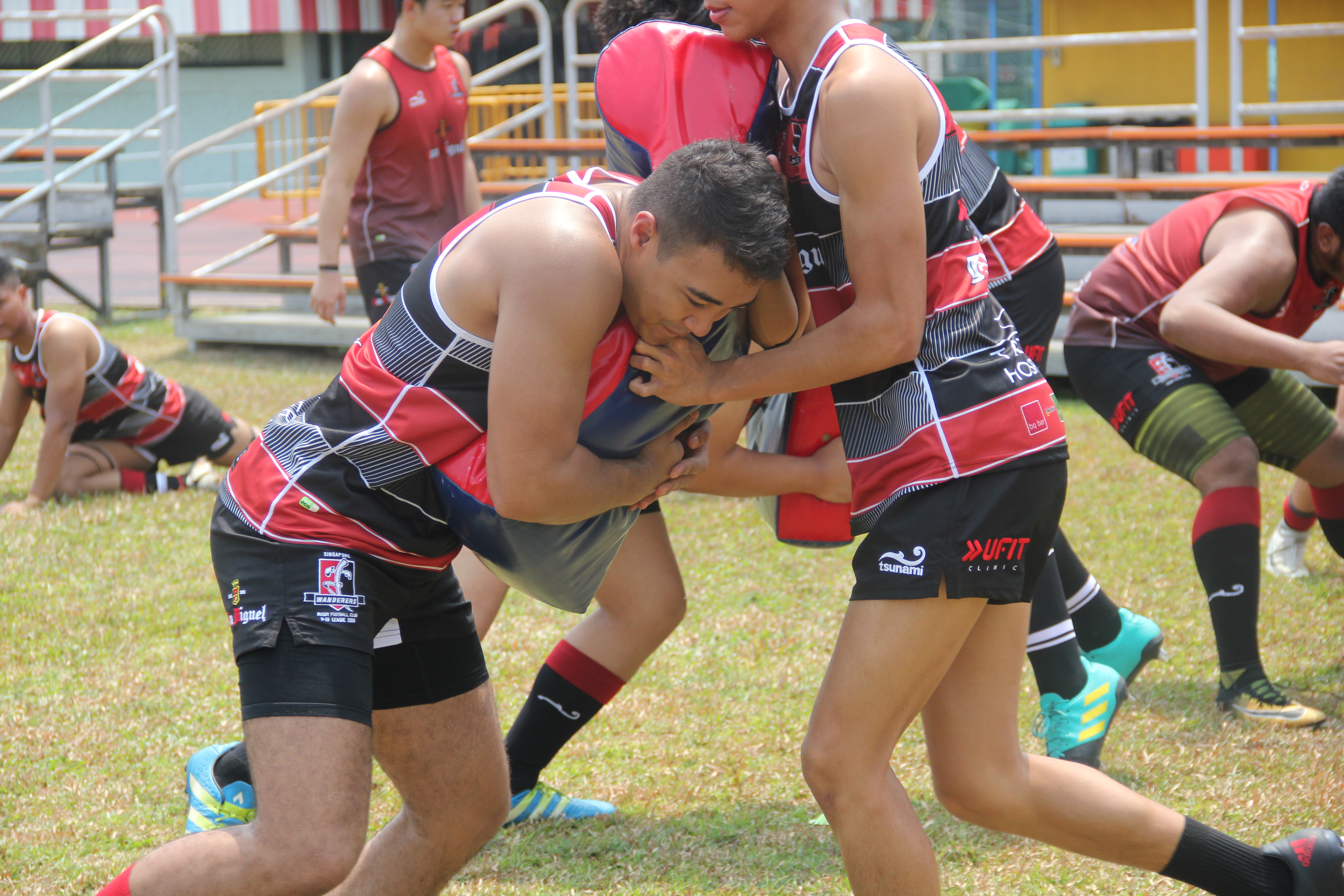