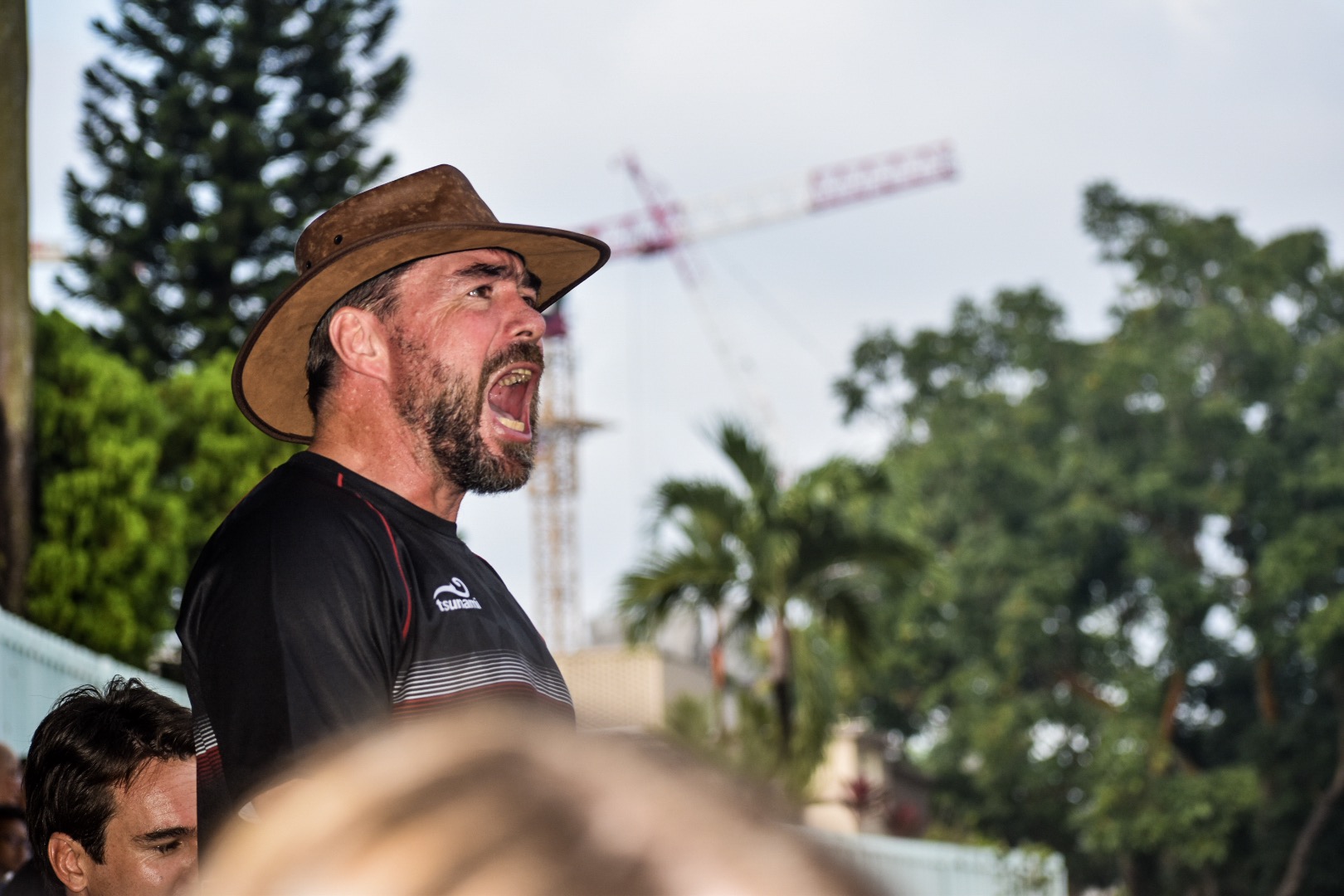 Rovers First Hit of the Year

After 2 walkovers, the Rovers finally played the first match of their much anticipated season on Saturday against the might of the blacks rugby (2nd XV). The recent weather meant that the mangrove swamp features (half bog/half beach) of Turf B were in full play and as excitement levels built the warm up commenced on the beach side of the pitch. The warm up was abnormally long, mostly due to the number of young players in the side who weren’t actually out of breath after running from the try line to the 22, but pre match the rovers squad looked ready for battle.

Fender, in his first run out of the season as captain, lost the toss and Rovers received the kick. The first 10 mins was a pretty even contest with Rovers having the slightly better chances to score, including a great charge-down by Fender, but a combination of dropped balls and penalties given away meant the rovers couldn’t quite make it over the whitewash. Despite having a well-stocked bench, rovers kept picking up injuries and by the 20th minute they were down to the bare dregs (Robbo). The constant injuries were not helping Rovers build any continuity and a midfield kick over the top left the rovers exposed at the back and blacks managed to get the try, although a kick worse than my 2 year old daughter for the conversion, meant that Rovers were only 5 points down.

Rovers kept a the cause and some good carrying from the forwards kept the momentum up, although too many times individuals made a break on their own and got turned over. As the half time break approach, both teams tired and made mistakes with rovers knocking on and Blacks picking up the ball in broken play and managing to get the ball to the wing where the try was scored. The conversion was missed; 0-10 at halftime.

Rousing speeches at half time seemed to light a fire in the Rovers and a great tackle from Vinoth from the kick-off set the tone for the next period of the game. Rovers kept the ball tight for a few phases and used their forwards to punch a hole in the Blacks defence. Once on the back foot, Blacks had no match in midfield for the creativity and guile of prop/fly half Jonny “Flashy” Ashenhurst  and through some neat black play the Rovers were able to advance towards the line and eventually power over for the score. After some dilly dallying Rovers were able to put the cherry on the cake and add the 2 points for conversion; 7-10. With the wind in their sails, Rovers felt confident and started to push through the gears. A great break from the league’s MVP Jason How working in combination with the wing brought the rovers up against the back line of Rovers and a chip and chase resulted in the Blacks getting the ball. Unfortunately, with the fast blokes up the other end of the pitch, the blacks were able to break unchallenged and managed to get another try, totally against the run of play. As you’d expect, the conversion was missed, but blacks extended their lead to 7-15.

Rovers, realising their mistake, quickly got back to the task and put pressure on the Blacks side. A period of pressure on the blacks line ensued, with one of their tem yellow cared for repeated infringements. Rovers were able to put the numerical advantage to good use, and the forwards powered over for a Try; 12-15 with 10 mins to go. At this point the sound of thunder could be heard and the sky started to darken just as Turf B was starting to dry out on the beach side. Rovers had lost more players to injury and exhaustion, but were determined to make this game theirs, and the power and speed advantage in midfield meant that that they threw the ball wide hoping to beat the blacks there. A kick over the top was collected by the blacks and they managed to break through the defence and once turned there was nothing left in the tank to stop the advance to the line. Somehow the kicked managed to get over the posts, and the converted try made it 12-22 to the blacks. Rovers tried their hardest to advance but little mistakes let them down and they were not able to get close to the line before the final whistle.

A disappointing result for the rovers on their first hit out of the season, but some great performances and with time this team will mature into a fine vintage (and a few more numbers at training).