By singaporewanderersFebruary 7, 2018February 9th, 2018No Comments

The mighty wanderers had a gruesome battle last weekend on the Padang against the “bumblebee” Singapore Cricket Club.

On a vibrant Saturday afternoon the supporters were packed in at the Padang, as SCC were hosting their annual “Ladies day” and 3 games in a row.
After losing players to injuries, Head coach ‘Uncle’ Frazer had implemented some changes to the starting squad. A slightly different tight five were picked with Reiner Leong pairing up with Fathur Rahman to be the starting locks. Hasif with his plastic knees was back in position to take up the spot of the absent David Gull at loosehead, with Kieran “Sassy” Read eager to kick some points for the team as the starting winger.

Wanderers took the lead with Sassy booting 3 points from a penalty. Strong scrummaging by the Wanderers forward pack led by the dangerous Hasif opened up a few opportunity for the team. Unfortunately, the hosts scored their first try, and with the conversion took the lead. Another precision penalty kick slotted in by Sassy made it 6-7 by half time. Strong and uplifting talks by the coaches got the team blazing on fire again.

Strong carries by Fathur and Robbie started the second half well for the Wanderers, and some good territorial kicks by both teams back three with Mike Patterson prominent meant neither team could get control of the game. Unfortunately SCC were first to step up in the 2nd half, and scored two more tries before the Wanderers fresh subs were ready to turn the game around by the 50th min. Conor came on and was dominant at the lineouts (and manged not to fight anyone) and Charlie “Speedster” Yao came on to the pitch and scored a good try for the Wanderers after blocking a poor clearance kick from SCC. However although a well deserved maul attempt in the closing minutes by the forward pack nearly scored, they lost possession on the 80th min to put the final score 17-11 to SCC.

The team is looking forward to another big game against Bedok Kings next week at turf city, with some minor changes to the squad and lots of training to be done to get the win.

Man of the Match – Mike Paterson 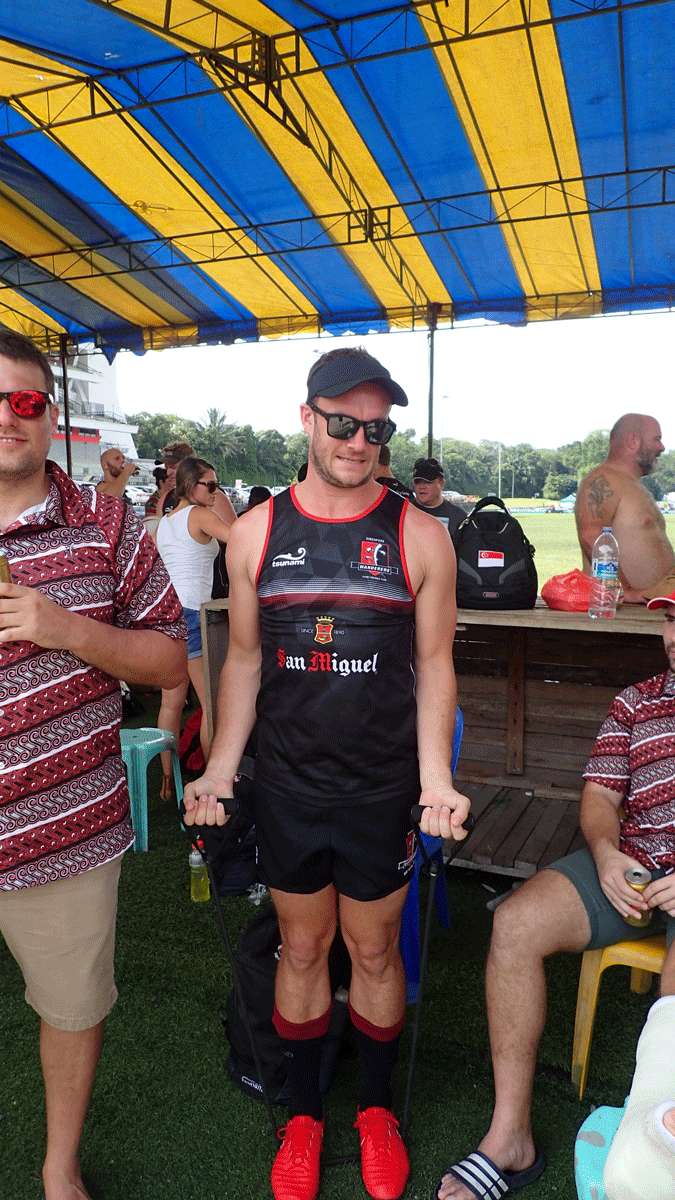