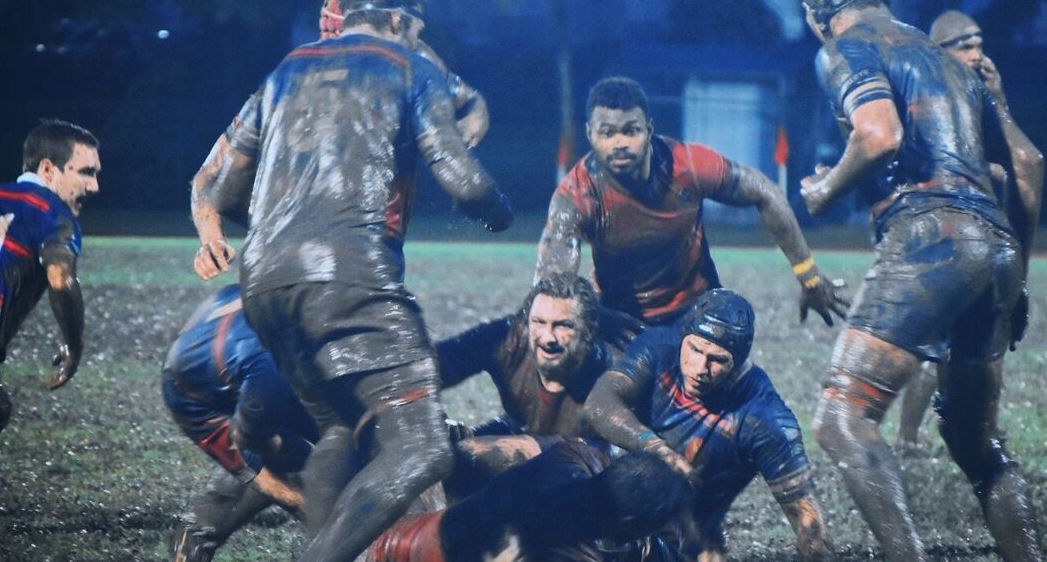 Battle of the Somme (Chu Kang) – A Haiku

Through the mud, victors emerge.

The portents did not look good from the start for the team in Red and Black. An almost two hour delay to starting, a winger with a dodgy hamstring answering an eleventh hour call to play at 9, and a sodden pitch that more closely resembled the Somme, did not seem like the best recipe for a second win to kick off the Wanderers’ season.

Indeed this broth was made all the more liquid by the aforementioned playing conditions up in Yio Chu Kang. A steady downpour had created mighty oceans in the pitch that members of the local community church could be overheard saying Moses might have struggled to part. Unencumbered, ‘The Mob’ (as christened by coach and resident hard man, Will Foden) marched confidently into the gulch to set up what was to be a slippery encounter.

The opening twelve mins saw a spirited defence by the French. Clearly moved by the energy of their compatriots in Paris, the gilets jaunes (or ‘yellow jackets’ for those that struggled with French GCSE), Gaulois were a constant thorn in the side of the Wanderers.

Early into the eighth minute, a try looked imminent for the Wanderers. A scrum on the 5 metre rollicked back further towards the try area and the opposition scrum half seemed surrounded by the towering Wanderers back row only for him to be let off by some ‘over eager’ positioning by the Wanderers. A penalty was duly awarded and breathing room was gifted.

A few minutes later the Wanderers were back in possession and hounding the French line. Seemingly inspired by some of the suspect musical choices coming from the speakers of the newly minted winners in the Gents, Alex ‘Miley Cyrus’ Christian duly took advantage of the softened French defence and ‘came in like a wrecking ball’ across the Gallic white line before Sassy slotted the conversion between the uprights to draw first blood. 7-0 to the Wanderers.

The French spirits were not dampened by the Wanderers’ score. It didn’t take long for Gaulouis to be attacking the Wanderers just outside their 22. Fortunately for fourteen members of the Wanderers, some sloppy service on the part of the opposition nine led to some diminished attacking opportunities. Unfortunately for the fifteenth member of the side, a certain Sam Brennan, this led to an optimistic cross-field effort from the opposite team whose winger proceeded to mistake his head for the ball. A yellow card was awarded and the Wanderers found themselves a man up early into the game.

It did not take long for more comparisons between the Gaulois side and the aptly named ‘Yellow Jackets’ to emerge. Namely their penchant for the colour yellow. Another yellow was awarded to their side in the 28th minute of the game only to be followed by two more for the Wanderers later in the game. Naughty.

Perhaps one of the best worked tries so far of the season revolved around two long-serving members of the team. Gaulois had just scored a well worked try from an overlap and the game was due to be reset. Kieran Sasiadek responded by propelling the Wanderers deep into the opposition half and Fathur and Sam Brennan nicely bundled the French recipient of the kick into touch. Now perhaps at this point, just outside the 22, a normal man might have settled for a lineout. This idea, however rational, never seemed to have even occurred in the mind of the enigmatic eight-sometimes six-but-today-five, Murray Cambell. Seeing Wade Roos eager to test out his hamstring, held together by a rare mix of chewing gum and biltong, the ball was spun quickly back into play and worked upfield. After a series of trundles up the middle of the pitch, this team effort was then worked wide to Mr Brennan whose running style, akin to Thomas the Tank Engine at full speed, blew past the Maginot Line for a superb try.

The first half from then on could be characterised as a dig in. Trenches were fortified and deepened with both teams putting in impressive defensive displays to keep the scores tight. With just a Gaulois penalty to close the first half off, the scores ended at 12-8 to the Wanderers. With Gwen Steffani’s ‘The Sweet Escape’ blasting from what could only be Tommy Ingram’s playlist at this point, the Wanderers were perhaps lucky to only concede three here.

Any doubts in the Wanderer’s taste in music was more than made up for in their second half performance. A classic trundle by Matt ‘El Capitano’ Humphreys and a brace of tries by the Wanderer’s smiling assassin Jonny Wong put the score to rest. The strength in depth of this Wanderers side was shown by the impact made by the substitutions – Robyn Triegaardt, Tommy Chamberlain, Connor Brennan were but a few who put their bodies on the line to secure victory.

The 3-2-1s awarded at the end of the game were well deserved, so much so that they were rewarded with full pints of San Miguel as opposed to the more traditional and squatter variety of the beverage. Wade Roos came first in the ceremony, graciously thanked by Rhino for answering the call of a fellow South African and the broader Wanderers team. His performance should not go unnoticed and despite a few post-match apologies for ‘not passing it much’ he put in a fine display. Secondly was Bruce ‘New Jesus’ Ashton who could be seen at numerous points in the game living up to his new nickname by attempting to run on water as well as the opposition. Such was his physicality in the tackle and flowing hair that you might have forgiven the opposition for thinking the spirit of Sebastian Chabal was alive and well in a soon-to-be Dutchman. Thirdly was Jonny Wong, whose mild mannered demeanour hides all but his love of scoring tries. And lastly, a brave mention to Lorenz ‘Ze German’ Klingbeil who attempted to play a portion of the second half with nine fingers. He was dismayed to be told by the referee that ‘this was not normal’ and that his finger ‘belonged in a sequel of SAW.’ He could be found later in the evening happily showing his gaping wound to a group of uncles and aunties in the local hospital in an attempt to put them off their food so that he might devour it.

Now looking at a two from two start to the season, perhaps the portents previously mentioned at the beginning of this report only told part of the story. Wade Roos 10-pm’ers in the office were clearly spent watching Austin Healey highlights, Jamie Harris had finally realised there might be a positive correlation between turning up to training and on-pitch performance and Bruce Ashton had not cut his hair so as not to lose his Samson-like strength (and upset his girlfriend).

The Wanderers now go into the third game of the season, against Bedok 2’s, with two wins and in good shape…that is if you exclude thirteen members of the team now riddled with a rare East Coast infection, courtesy of the YCK pitch. I wouldn’t get too close Bedok. 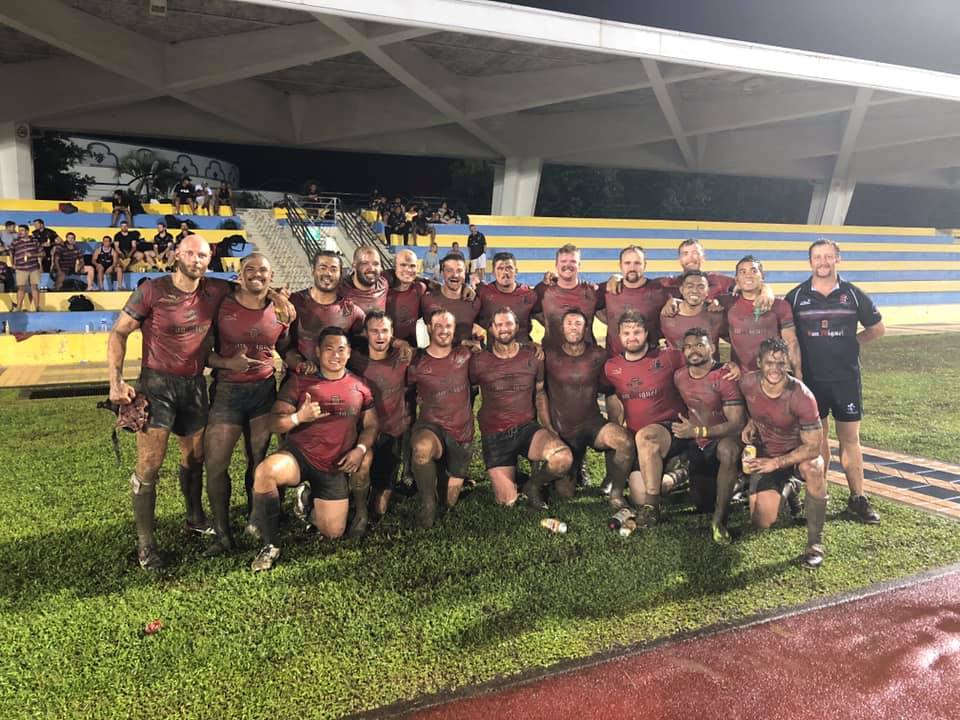