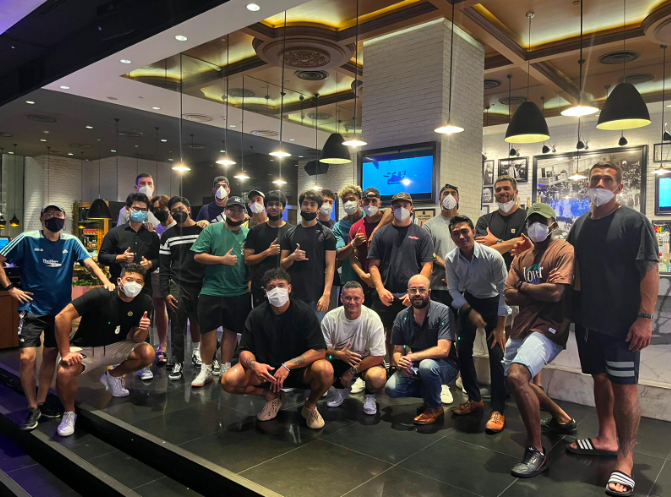 Hello all, the Wanderers and Titans Foundation Board and Directors wanted to pass along a summary of its latest quarterly meeting on February 28, 2022.

For the first order of business, the Foundation is pleased to announce that Adam Wade of Titans RFC will step in to replace Brent Baker as a Board Member representing Titans.

Unfortunately Brent has had to step down from the Foundation because of work commitments. The Foundation is extremely grateful for his time in the role. He was the first to raise his hand after the Foundation was set up and his support has been hugely appreciated by everyone.

A familiar face with both Wanderers and Titans, the Foundation is very excited that Adam will join the Board. He is a sponsor and coach of the U16-18 squad for Titans and he furthers his passion for mentoring young rugby players through his involvement in coaching the Wanderers U19 side, helping to ensure an established pathway is maintained for local players. Adam recognises the benefit sport brings to young men and women and hopes to instil the values and skillsets rugby brings in all facets of a young players’ life.

Adam’s appointment follows the announcement from the previous quarter that Scott Cochrane was stepping down from the board and has been replaced by Andrew Robertson as one of the two representatives for Wanderers RFC.

This means the current Foundation board consists of:

The next order of business review the Foundation finances, which stand at $10,466.90 in the bank with zero outgoing commitments.

Reflecting on the last year, Singapore’s enhanced COVID restrictions on sports made it very difficult to maintain continuity and provide an active sport and healthy social environment to our young athletes.

However, the Foundation is very pleased to have sponsored our first young player (as mentioned in last quarter’s update). And, the good news is that as COVID restrictions start to relax and rugby games look likely to resume in May, we have been able to identify some new and deserving players that will benefit from the support of the Foundation.

The recent Singapore 7’s gave our first sponsored player the chance of a lifetime to meet and have dinner with the visiting New Zealand All Blacks Sevens Team. Current Titans dad Kacey Whaitiri-Roberts, Executive Chef of Wanderers RFC sponsor The Tadcaster Group,  arranged this at The Exchange along with a couple of our sponsored player’s Titans U18 Teammates.

Through their commitment to sport and by applying themselves to the game, the members of the New Zealand All Blacks Sevens Team have risen beyond their wildest dreams by representing their country, earning a living playing the sport they love, travelling the world and competing at the highest level. Being able to meet the team is a prime example of the benefits that rugby networks and connections have provided for the deserving young adults of Titans RFC.

We hope to be able to share more on this front as both Junior and Senior grades in Singapore slowly return to play in Singapore in the coming months.

This opening up will also allow us to kickstart the Foundation’s donation raising activities, allowing us to also ensure the Foundation can meet the goals stated in the Mission Statement:

To give financial support to deserving individuals and initiatives to increase participation in rugby within disadvantaged communities in Singapore and Southeast Asia.

We very much look forward to a more active year ahead.