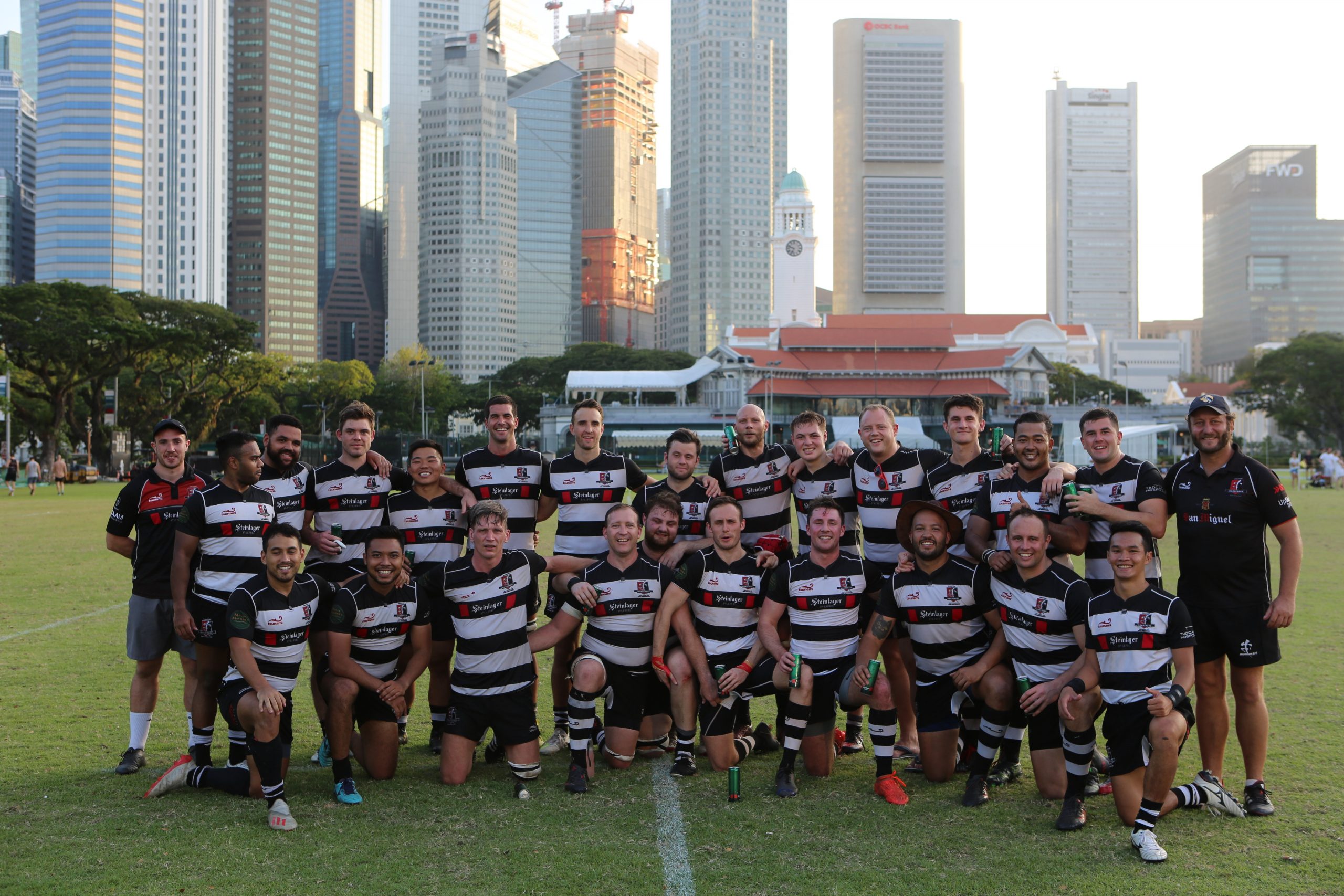 Our Prems are off to the big dance after upsetting league leaders SCC in a hard-fought semi-final win for the ages. The much-anticipated rematch saw the Wanderers right the wrongs from the 31-10 drubbing dished out by SCC in January.

The build-up to the semi-final had been anything but ordinary. The COVID-19 outbreak saw fixtures cancelled, a scramble for alternate training grounds (cheers for sorting Gully and co.) and continuity had been near-impossible to achieve. There was even doubt that the season would be able to continue at all – the Prems having not played for nearly a month with all fixtures after Feb 1, cancelled.

Over the month of February, the team began to buy into what was required to go further in the league, and Saturday afternoon soon became a third field session. All in preparation for a knockout semi against either an unknown quantity in Bucks or Bedok (both of whom Prems had not played yet in the regular season) or SCC. Results would see the Prems get a shot at redemption via a semi-final showdown on the Padang.

After a notably quieter-than-usual warm-up, Coaches Rhino and Pete took the boys into a circle with Rhino giving one of his famous rev-up speeches. The central message: what is done is done and now it is up to “here and here…” (pointing to heart and mind). A moment later, kick-off was underway.

After a frantic start, it was clear neither side were prepared to take a backwards step. An SCC infringement around the halfway line gave the Prems a chance to take an early lead. After hitting the post on an ambitious long-distance penalty, the Prems were able to keep SCC pinned, forcing them to clear hurriedly. Not keen on leaving their green zone without points, the Prems were able to maintain possession and work their way up the field. Another SCC infringement gave another shot at the posts. Sassy calmly stepped up and slotted it – Wanderers draw first blood. SCC returned fire shortly after with a penalty of their own. Scores would remain unchanged going into the break. The Prems had a positive first half, controlling most of the possession and territory, with spine tingling defence at the core of our dominance. However, it failed to affect the scoreboard.

The second half saw SCC come out full-force, with the message clear to try and break-down the wall of Wanderers jerseys they see before them. With possession a little more even after the half, SCC started to make inroads of their own. To the Prems credit, they were unable to come away with points at any juncture. Defence was still the name of this game, and the Wanderers just wanted it more, making desperate last moment grabs of jerseys, diving tackles and of course the bone-rattling front-on hits.

The backend of the second half saw the game liven up, and both teams were making inroads, pushing for that moment the other would give the inch that would be too many. After making their way towards the Prems 22, SCC went blind in what was a 2 on 1 overlap. Before the lone Prem had to make a choice to go for the man or the ball, SCC were thwarted by sensational cover defence rushing over to help. A turnover was then forced, and it was the Wanderers chance to march up the field and strike. After an impressive period of sustained pressure on SCC after a lineout from the subsequent penalty, the Prems were able to get within striking distance. A lineout, followed by 5 separate hit-ups, of both backs and forwards gave momentum. When the go-forward was optimum, the backs were able to spread the ball left-to-right through clean sets of hands. Enter Charlie Chong, who with ease, glided over the Padang turf where others trudged, wrongfooting the rush defence before skinning the fullback – try in the corner. Wanderers 8 – SCC 3.

With time against them, this was SCC’s last roll of the dice. They kick-off with urgency, determined to get the ball back and snatch victory. No qualms about it, this battle of attrition was going to have the finale it deserved. The Wanderers, wrecked from 80mins of battle, start to concede meters quicker than has been the norm. No clean breaks, but they’re gaining ground fast. A mismatch occurs and the SCC outside back comes within meters. Support rushes in – from both sides. SCC pick to score, and the potential hero is met by scrambling defence, slowed by one and stopped by another, he knocks it on. Scrum down, 5m out from our line, our feed. 30 seconds is all between us and a shot at defending the title. The forwards do the business, win the scrum and retain the ball, which is fluttered into touch after one safe hit-up. Whistle goes, Wanderers are victorious!

To you – the players, its up to you now to bring it home. Perhaps we took the scenic route to get there, but our long-term goal of reaching the decider and the chance to defend the title is here. A big thank you to the coaches, exec, supporters, Gents, Rovers and all the folks behind the scenes who played their part to keep the season alive. Without you this chance would not be ours.

Now let us bring it home for you!