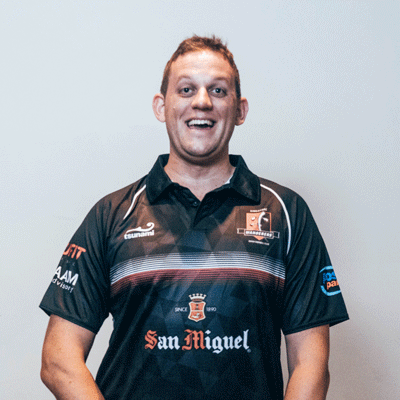 On a rare overcast day at Turf City on the grass; Rovers prepared to take on the Bucks 3’s. Captain Fender handed out the red jersey’s in readiness for combat. Both teams going into the game winless from two previous outings and the rematch from last season’s final created some additional banter and a confidence that was missing in the games gone.

Kick-off by Bucks and it was instantly obvious Robbo was on the field for a 20 minute cameo as all that echoed across the grandstand and greater turf city area code was CAAAARRNNN plus other undecipherable profanities. Then before Coach Tommy could finish his sentence on the sideline of “Run straight ya c***” , #10 Kyle had gone from going half the width sideways and backwards to running around the entire Bucks backline and almost the touch judge to scoring in the corner. Rovers looked unstoppable in the second 20 pumping in another two tries; one to Ramadan then a stunner to JK who seemed to show the world his right foot step over and over again and again until everyone was wondering if he even had a left foot as he spent no time on it cutting the Bucks to pieces. Half time and the Rovers were up 17-0 with no signs of Bucks being allowed into the game.

Second 40 and Bucks put one on the board keeping the game alive on the scoreboard until Steve ”Hitman” Hart decided enough was enough and put a double down over the chalk. The latter being a show of pace, strength, then a quick onset of fatigue that meant his arms needed to stretch longer than the Prems winning streak to reach glory. As it turned out this was Hitman’s last game for Wanderers as he takes off to wrestle Vikings somewhere north. All best champion!

Going into the final the quarter the result was beyond doubt whilst fatigued humans started falling over faster than they do at a Wanderers Christmas Party, as seen later that night. JK added another runaway and Bucks snuck one over on the final whistle.

1 – Clem (forget the vomit from the week before, I can run 60m without stopping for anyone)

2- Azfar for his tireless fringe running

3 – JK who torn the Bucks apart