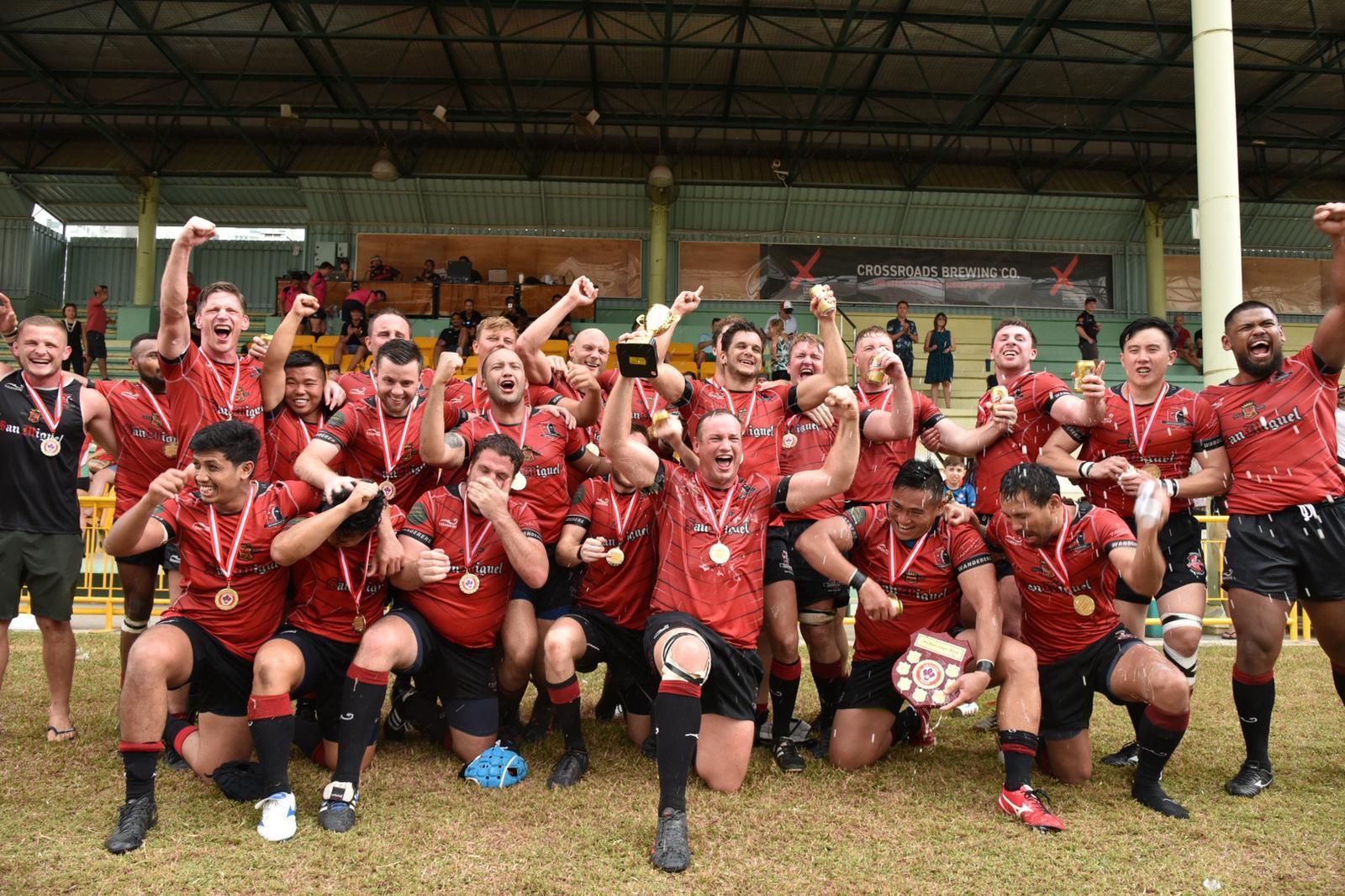 So this was it, the culmination of our season. Whatever had come before would be forgotten, but this would be remembered, and will be remembered. We had won every game, but it was only this one that mattered. The Rovers had won, The Gents had won, and now it was over to us to finish off a historic weekend for the club.

Sitting in Café Melba pre-match, the cool, calm, collected exterior was a front for a nervous internal energy knowing that this was it, no more chances, we couldn’t be beaten finalists again…

With pre-match interviews done (some more eloquent than others…), a swift, efficient warm up completed, and the customary passionate calls from captain, coach and team leaders conducted, we were out onto the browned turf of Queenstown, which had become a home-from-home to the Wanderers over the past month.

Winning the toss, and kicking deep Wanderers pinned Bucks into their half for much of the first 10-minutes. The Prems stuck to their attacking structure, “T n’ T” pulling the strings, showing patience and execution that has often alluded them at times this season. Stringing multiple phases together, Bucks defended tremendously to keep the rampaging Wanderers out. You could sense the energy sapping heat and the intensity of the defence required was already draining the Bucks reserves so early in the battle. “Is this all they’ve got” were some of the already weary calls from the Bucks players…well no, as time would tell. But credit to Bucks, a stout 10mins of defence then lead to them earning a penalty successfully kicked to take a 0-3 lead against the run of play.

Much of the following 20mins of the half was competed in between the 10m lines, with both teams jostling for position and to get a stranglehold in the titanic tussle. One thing was clear, Wanderers dominance at scrum time with several penalties assisting the cause, and what was also proving an invaluable weapon, the lineout maul allowing the Wanderers to sap any remaining reserves from the Bucks forwards. On the 30min mark, Wanderers had the opportunity to kick deep into the Bucks half, a lineout perfectly called by resident lineout-nause Murray Campbell to the middle, driven on to within touching distance of the whitewash, in true Jonny May style, a couple of backs leant on, and in the ensuing melee, captain Matt Humphreys broke away, side-stepped the 10, chipped over the full-back and collected to score out wide (or, flopped over the line at the back of the maul…you decide). A strong conversion from Daryl Chia saw Wanderers take a 7-3 lead into half time. All to play for.

The second period continued as the first half had finished, with mid-field battles and the occasional worrying break from Bucks constantly threatening back-3. Heroic scramble defence from the likes of Martin Cartwright, Jonny Wong, Daryl Chia and Tommy Chamberlain again and again saving the Wanderers from conceding. Wanderers were starting to exude their forward dominance around the fringes with big carries from Alex Christian, Lorenz German, and even David Gull had left his hand-cymbals back at home today with some effective drives.

A key turning point was around the corner, penalties were racking up against Bucks and finally the pressure tolled, with referee Charlie Brown dismissing the Bucks 12 for a 10min rest. It is fair to say Wanderers had Bucks by the throat (metaphorically) for much of the game, and it was now that they appeared to kill off the final as a contest with two well worked tries – the first coming from another dominant scrum where substitute tight-head Clement Gardillou turned his opposite man inside-out, and Alex Christian broke off the back to dot-down under the posts for another meat-pie. Credit where credit is due, Alex loves a meat pie, and truly deserves the accolade of the highest try scorer in the league this season – a sum total of 11metres carried for his 9-tries tells a very accurate story.

A matter of minutes later, within shooting distance of the Bucks try-line again, the ball flooded back blind, with Martin Cartwright coming onto the ball at pace, taking a lovely outside arc to skin the Bucks wide defence, Jonny Wong in support taking a neat inside ball, to race in under the posts for the game defining score. 21-3.

There was no let-up from the Wanderers at this point, even with Bucks back to a full-15 men, another dominant scrum, and well-structured phase play, saw the Bucks defence at 6’s and 7’s with Nashrul cutting a hard straight line through the middle and in under the posts again. 28-3.

The tale however is not yet over. We have been here before. 2017 to be exact, in the National Stadium. Psychiatrists are still earning a wage with some of the players involved in that match…

Bucks came again, mistakes from the Wanderers gifting Bucks field position. A miscalculated lineout put Wanderers under pressure and a poor exit gave Bucks a perfect attacking platform to bring out their rolling maul to dot-down and send a few nerves through the Wanderers ranks. Surely this couldn’t happen again…could it?? 28-10, with 10mins to play, Bucks renewed energy, Wanderers appearing to panic…

Fortunately for those with hypertension issues, up steps the unassuming, hard as nails, Owyong, to put a thunderous tackle on the talismanic Bucks captain to stop another attack dead. The ball broke away, hacked ahead, with the Bucks full-back failing to gather, allowing the predatory Zee to coolly collect and run in the last event of the day to rapturous celebrations. 35-10.

All remained was to collect the kick-off, run the clock for 2mins and close the game out. In very professional style as one had come to now expect of this Wanderers team, they executed to a man, and victory, recompense and glory was ours. Grand Final Winners 2019. Triple Winners. What a feeling. A memory which nobody will ever be able to take away.

In a slightly reflective tone, this team will never take the pitch together again, some will have worn the Wanderers jersey for the very last time. Boy have they left it in a good place for the next person to take over the mantel. One thing I can say for sure, is that it has been a true honour and privilege to have captained this group of men this season – best friends to a man – a tight knit unit where everybody knows their role, a winning habit, prepared to go to places physically and mentally in order to support their teammates. This is one very special club. #onemob 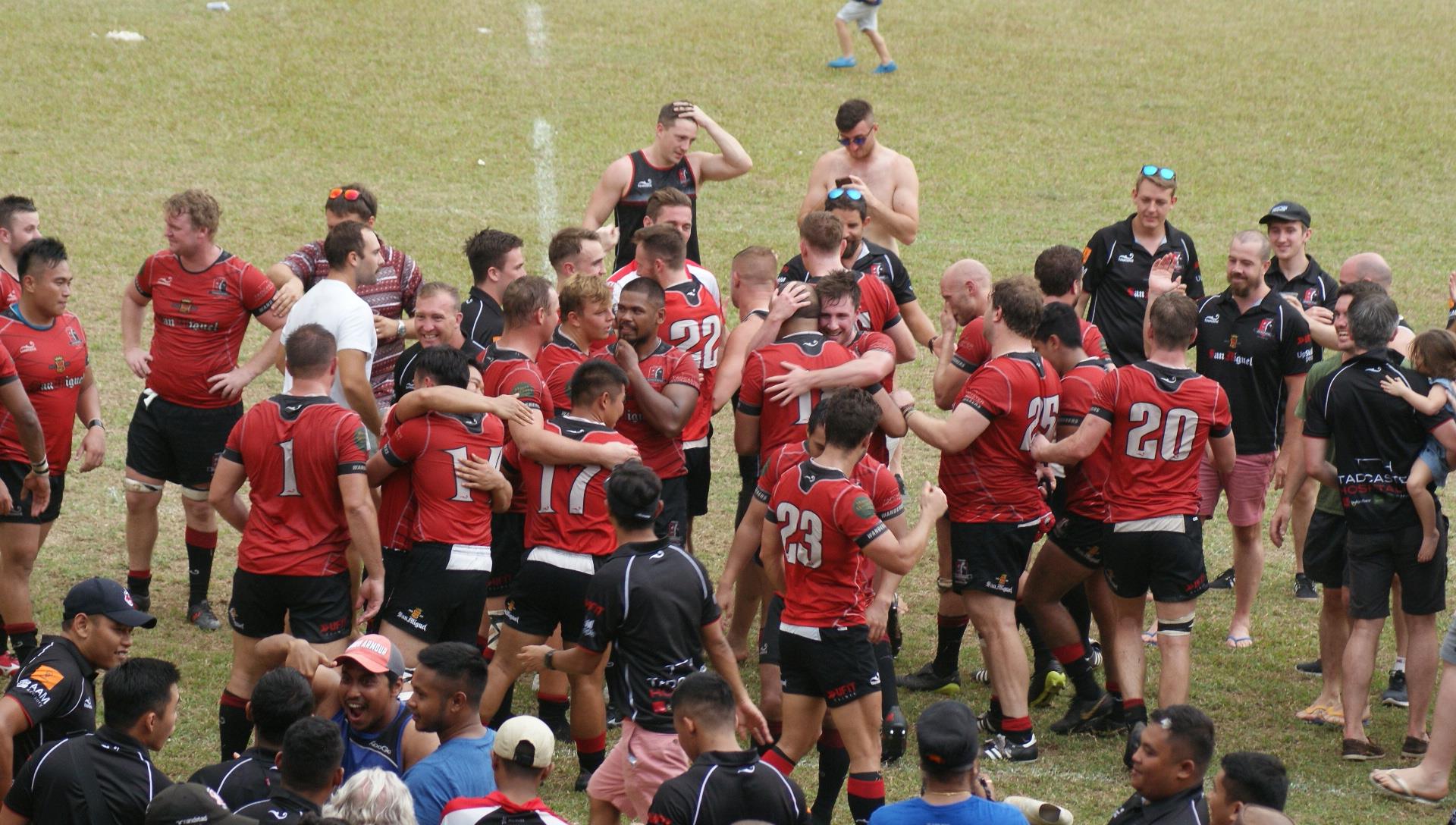 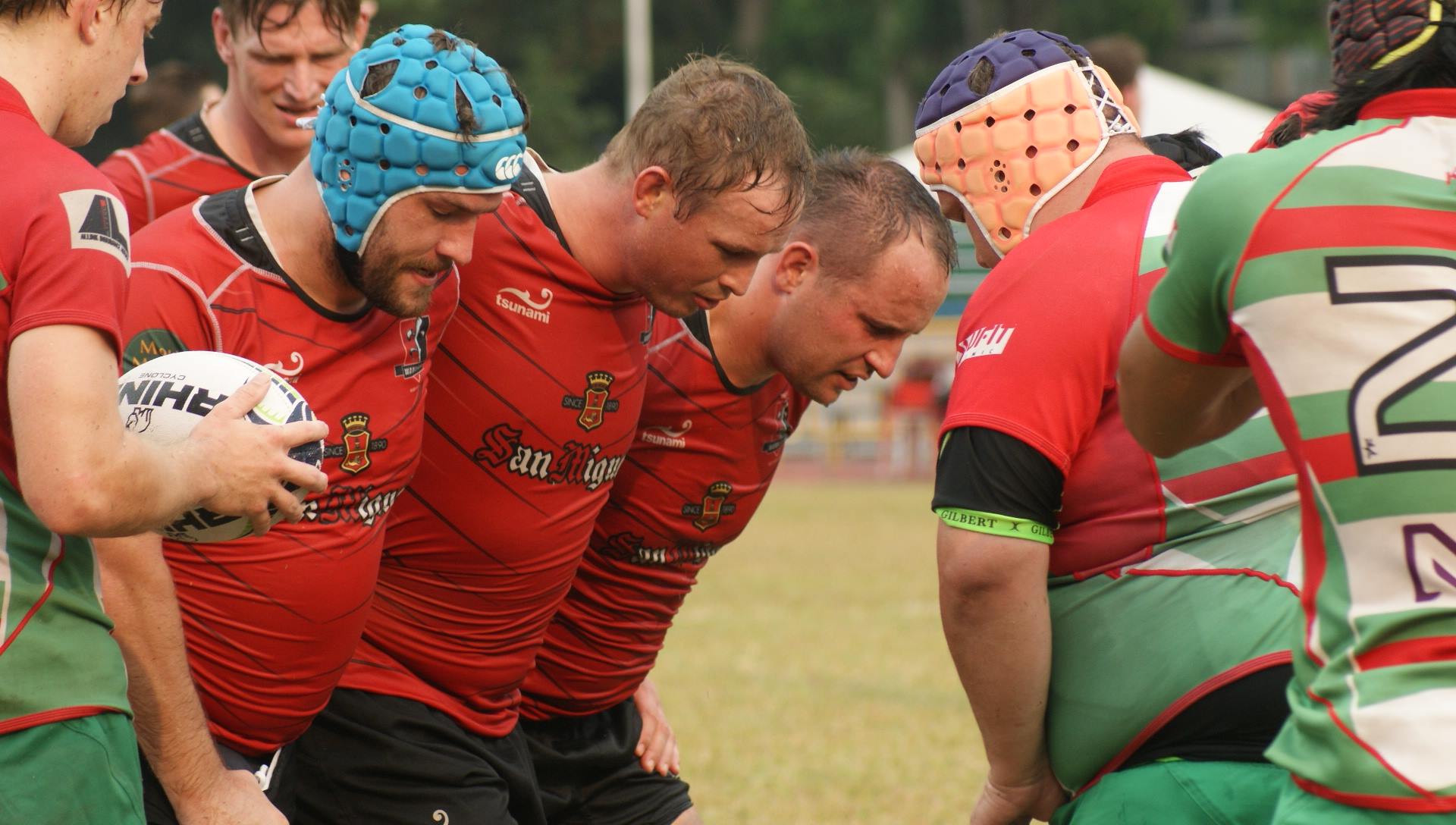