The Wanderers kicked off their campaign with a hard-fought win over a well drilled and efficient Bucks side. With some fresh faces and new combinations in key positions, it was always going to be a big challenge taking on our rivals – from the first whistle it was game on!

The Wanderers opened up the scoring in the fifth minute. Debutant Alex Christian, darting from the base, was instantly met by a defender but managed to offload, mid-tackle, to the evergreen Murray Campbell. Hitting the hole at pace, ‘Muzza’, to the delight of his teammates and crowd, finessed a covering defender with some fancy footwork, leaving them in his wake, as he slid under the posts. Kieran ‘Sassy’ Sasiadek duly converted.

The Bucks hit back from the kick-off, holding onto possession and working their way up the field. After a period of solid defence from the Wanderers, we were able to turn the ball over and after some set-piece dominance, won a penalty. Sassy slotted it, 10-0 Wanderers.

Arguably the try of the match came in the 20th minute. After winning a penalty, Sassy put us within 20m of the tryline. A drive off the lineout was called, to which our pack drove the Bucks backwards literally 20-plus metres to score a classic forwards try. Fathur came up with the ball. Sassy again did the business with the boot, nailing the conversion from out wide, to take us to 17-0.

After a long period of sustained pressure, The Bucks hit back with a try of their own. They held onto the ball and fought hard, and after numerous pick-and-goes they got their five-pointer. They converted to take the score 17-7. The score remained unchanged at halftime.

After a fire-up from Skipper Matt “Humps” Humphreys and coach Will Foden, The Wanderers came out raring to go, a newfound energy was evident in our hit-ups and the backs tried their hand with some expansive attacking plays. This was rewarded when after several net-gains by the backs running the ball, saw us hammering the opposition in their 22. Multiple phases carried out, with backs and forwards alike trucking it up, tiring out the Bucks defence, until it was simply an overlap in numbers. Christian crashed over the line after being put through a hole by Muzza, evidently returning the favour from the first half. Sassy again slotting the conversion, saw the score become 24-7.

The match ebbed and flowed, with substitutions being made and new combinations, some untested, making continuity difficult, with neither side taking advantage of their opportunities, and frustrations becoming apparent. Discipline became an issue, with both sides losing a player for 10 minutes.

To the Bucks credit, they never gave up, and were rewarded for their efforts in the latter stages of the match, scoring a try near the posts and converting. 24-14 would be the final score. Victory, Wanderers!

Individual mention must go to our men of the match, with 3-2-1’s going to Kieran ‘Sassy’ Sasiadek, Lorenz ‘German’ Klingbeil and Jamie Harris. Sassy, in the key playmaking role, steered the side around the park with great purpose. His goal kicking accuracy helped keep a safe buffer as the game went on. German was a workhorse, constantly finding himself in the thick of things, his physicality in the contact, both attack and defence was second to none. Jamie Harris was a constant thorn in the Bucks’ side all afternoon. Breaking and bending the line at will in attack and shutting down all they could throw at him in defence. The enigmatic centre had a blinder, setting the standard for anyone playing in the centres this season.

Overall our first game of the season was a good one. Credit to the forwards – Gully, Humps and Al helped lock down the scrums, which gave us a solid base and ability to win crucial penalties that marched us up the field and gave us scoring opportunities. Muzza, Fathur, Robbie and German worked tirelessly and were crucial to our lineout being an attacking platform. The backs should take great comfort in the knowledge they held out a physical and threatening opposition. Nullifying their opposites carries through sheer graft. Syed and Sasi combined well and helped release our backline. Chamberlain and Harris worked tirelessly in attack and defence all game. Brennan, Chia and Cartwright put in honest shifts, and when the ball came their way, they made the right decision every time. Will surely be looking for more opportunity come the next game! We must highlight the contribution of our finishers; Owyong, Triegaardt, Jamil, Brennan, Teare, Hurlston, Bridges and Wong, who came on in the latter stages of the game, helping to steady the ship and add spark where required. Special mention and congratulations must also go to Dan Teare, who made his Premiers debut at the age of 18, an amazing accomplishment.

The experience of the old-heads coupled with the enthusiasm of the new ones helped to secure victory against an opponent who will be chomping at the bit come our next encounter. Lots to be proud of, even more to work on! 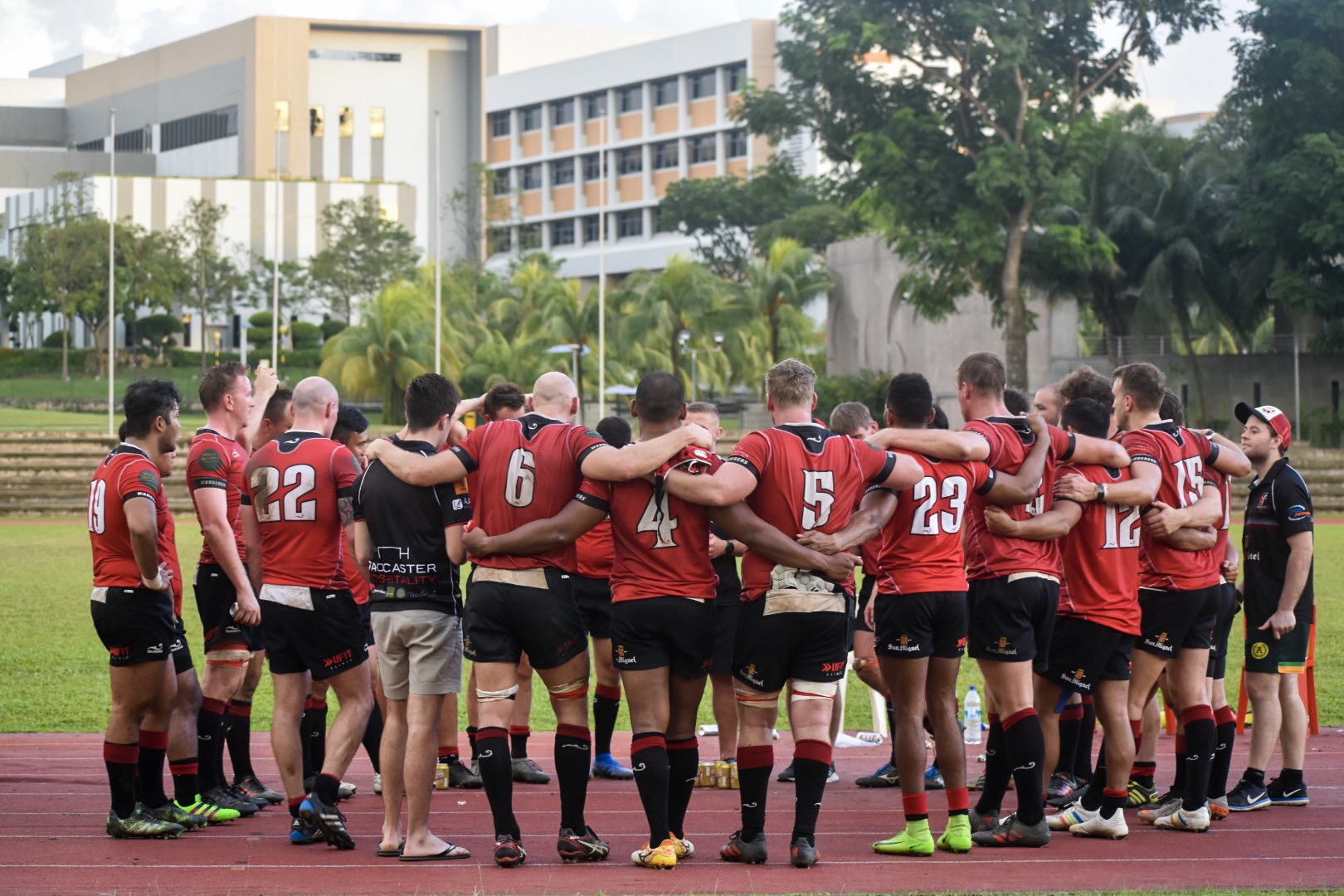